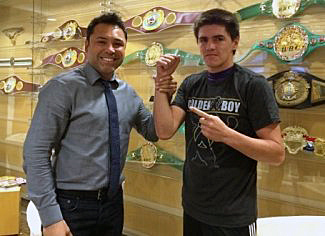 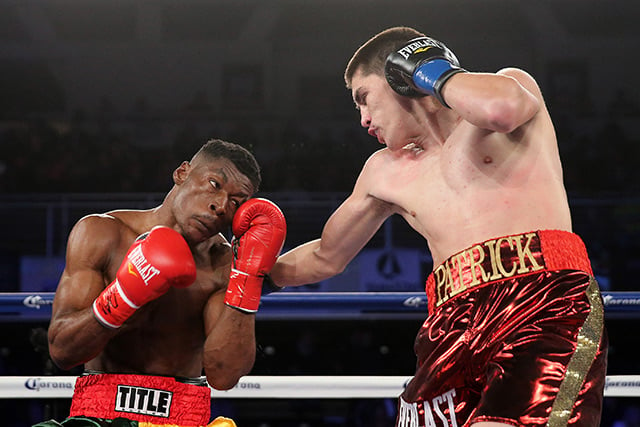 After a series of last-minute changes in the name of his opponent, unbeaten middleweight sensation Patrick Teixeira will now face Don Mouton (13-9-1, 11 knockouts) on Friday in the 10-round main event of the next LA Fight Club event at the Belasco Theater in Los Angeles.

It will be the Brazilian’s first bout in the United States since his April 18 victory over Patrick Allotey and the opportunity comes after serving as one of Lucas Matthysse’s sparring partners in Argentina for the past three months.

“I am quite anxious to make a great fight,” said Teixeira (25-0, 21 knockouts). “I worked hard for six weeks to make a good impression now. I hope to score a KO but if I win on points I’ll be happy too.”

A tall and lanky southpaw with power and a terrific work rate, Teixeira was originally slated to face Gabriel Martinez, but found out about his change of opponent as he was ready to board his plane in Buenos Aires along with the rest of “Equipo Matthysse,” a group of fighters that included his countryman and fellow former amateur standout Yamaguchi Falcao, as well as Marcelino Lopez, Mexico’s Mahonri Montes and others.

If there’s any disappointment in the name of his new opponent, it’s probably his lack of a bigger reputation.

“Right now I have to start taking on bigger and better opponents in order to get to a world title fight. I need better and bigger names,” said Teixeira, who feels that he is reaching his peak as a fighter. “I believe the lack of a better boxing structure in Brazil affected my career earlier on. But fortunately I was able to get to the States to fight, and then to Argentina.”

Teixeira feels that his signing with Golden Boy Promotions, which led him to get his first few fights in the U.S. and later afforded him the opportunity to be a part of the learning experience that the Matthysse training camp has meant for his fellow sparring partners, will give him just the right amount of opportunities on his way to what he envisions as an imminent chance to fight for a title belt.

“I believe the current rearranging in the division gives me more opportunities to get a title shot in a shorter time,” said Teixeira about the 154-pound division in which he currently campaigns. “The ‘catchweights’ help to get make more fights possible, but it’s always better to campaign in one division at a time. Once you move up you should stay there, or else you feel the effect of the extra poundage.”

Born in the small town of Sombrio, in the southern province of Santa Catarina, Brazil, Teixeira seems to have inherited the laconic and subdued character that his hometown’s name (which translates as “somber”) implies. But as it is the case with many fighters, Teixeira leaves his somber demeanor outside the ring to become a destructive machine once he steps into the square circle, having disposed of such respectable opponents as Argentina’s Mateo Veron and Alejandro Falliga, only after effectively wiping out the competition in his native country, where he fights out of the city of Sao Paulo.

Based on his recent experience “south of the border,” Teixeira feels that it may be time to relocate in order to further his chances to gain access to bigger challenges.

“Yes, I am planning to stay here,” said Teixeira, referring to Argentina, in an ironic statement if we consider that he was 20 minutes away from boarding a plane to leave the country. “There are a lot of sparring partners, lots of fighters to train with. I feel that here I can continue my growth here.”

His “here,” however, may also refer to his current weight class, which appears to suit his elongated physique quite comfortably, at least for the time being.

“Right now I am feeling well at super welterweight,” said Teixeira in his broken but slowly improving Spanish, a linguistic tool that would prove useful as his career moves on, “but I believe that I am a few fights away from having to move up to middleweight to continue working normally. I believe that’s my ideal weight. There are a ton of great fighters there, and more opportunity for growth.”