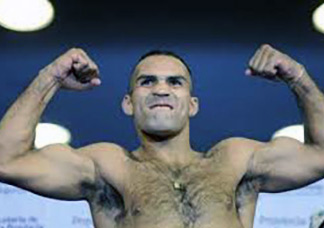 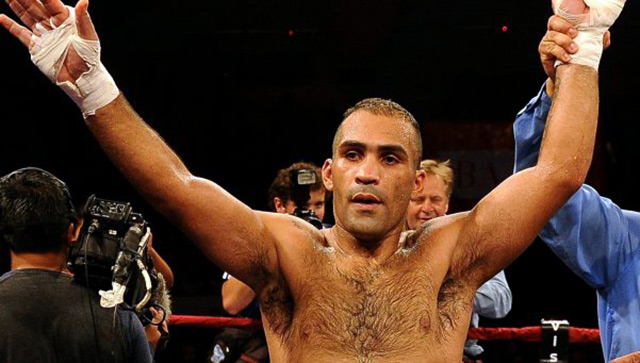 It took a long succession of cancellations, postponements and failed announcements, but finally everything is place for Argentina’s Victor Ramirez to validate the interim IBF cruiserweight belt he won during the long layoff of now-former titlist Yoan Pablo Hernandez, and he will attempt to do just that this coming Friday, Oct. 2 when he’ll meet Ovill “the Upsetter” McKenzie (25-12, 13 knockouts) over 12 rounds at Villa La ├æata, in the outskirts of Buenos Aires, in what will amount as Ramirez’s first defense of his now “regular” trinket. The bout will be broadcasted by TyC Sports.

“Well, as usual, we’ve been training hard,” said Ramirez, who claims that his training regime has not been upset by the numerous delays. “It was pretty intense. We’ve been in camp for three and a half months. You can imagine how I am ready. I am happy for Hernandez’s refusal to fight. I was getting ready to fight him but my energy was more positive and that forced him to cancel the fight.”

Ram├¡rez (22-2, 17 knockouts), nicknamed “The Tyson of Abasto” (a neighborhood in the city of Buenos Aires), had lifted the interim belt in a fight against Ola Afolabi last April in a one-sided bout, and expected to dispute the regular version with Hernandez. But a series of postponements from both sides led the IBF to finally set a deadline for this fight to take place on its current date, and when Hernandez declared himself unavailable, the sanctioning body simply stripped Hernandez and gave the belt to Ramirez and setting up the fight against the Jamaican-born McKenzie.

“To tell you the truth I never really study my opponents, but logically I checked him out and honestly he is a good boxer with great technique, and I am not underestimating him,” said Ramirez. “He’s the challenger for some reason, I believe. I have to win at any cost. My head was at full speed thinking that I was going to face Hernandez, as you can imagine. I was ready for him, but I know that I should never underestimate anyone.”

Rumor around the campfire had it that Ramirez’s camp had caused the delay at the request of his chief sponsor and presidential candidate Daniel Scioli, one of his most ardent fans and supporters, who will be sponsoring the fight with a colorful orange ring canvas. But that doesn’t appear to be the case, according to Ramirez.

“The truth is that Hernandez continued delaying the fight and rejecting the dates that the IBF gave him to face me a few times. Now the pressed him to fight on the 2nd and he refused for some reason I don’t know about, but the IBF dropped him and gave me the full title,” said the now full-fledged titlist, who has been sparring with the very few select heavyweights that Argentina has to offer.

“It’s always tough to get good sparring partners because they are scarce in my weight here in Argentina, but I was able to work with Matias Vidondo, Yamil Peralta, Facundo Ghiglione, and I am ready for this fight,” said Ramirez, who nevertheless envisions himself as a lifelong cruiserweight. “I simply don’t have the physical frame for the heavyweight division. I’d rather stay in cruiserweight and that’s it.”

Fighters are not very fond of randomly shaking hands before a bout, most often for fear of having a member of the enemy camp trying to surprise them with an intentionally extra strong grappling handshake that could cause them some damage.

But Ramirez has no problem neglecting the customary pre-fight fist bump and instead extending his hand for anyone to shake, at any time. And if you shake his hand, you soon find out why he has no fear of getting his fingers cracked: he has huge, solid hands with knuckles that feel like little knees.

And those extra large knuckles became a part of his fight strategy against Afolabi back in April, when Ramirez chose the extra-soft local Corti gloves for that particular bout only to have his plot almost backfire on him in an awkward way when Afolabi requested permission to ditch the Everlast Protex gloves he brought along from California to use Corti gloves instead. A confrontation broke up, with Ramirez literally kicking the table and threatening to fight Afolabi in full bare-knuckle style on the spot, and the whole thing was defused only when Afolabi agreed (in an arrogant and sloppy move that he would later regret) to stick to his Everlasts instead.

Later, Afolabi attacked Ramirez on social media and claimed that his punches felt “like (Ramirez’s) knuckles crashed against his bones” during the bout, and now he is openly warning McKenzie to take extra precautions to avert what looms as “GloveGate II” during what will certainly be an emotionally-charged weigh-in on Thursday.

“It bothered me that he brought the Everlast gloves and I wanted to use the Corti instead,” said Ramirez in a recent interview, failing to properly substantiate his refusal to allow his opponent’s last-minute change in gloves in any other terms than his own personal desire. “So if he came prepared to use his gloves and at the last minute he wants to switch to Corti, I just told him to use his gloves, that’s all. He had already brought his own gloves to fight and I didn’t want them to use the same gloves I used.

Afolabi, on his part, has taken to social media to warn McKenzie on the situation, hoping to set up a fight between the pair down the road, with the gloves of their choosing.

“Good luck with Ramirez. Make sure you have the option to wear the same gloves they’re wearing,” said Afolabi in a private message to McKenzie on Facebook, which he later made public through a screen shot on Instagram. “They wouldn’t let us cause they said we’d wear everlast (SIC). Turns out their gloves are like 8 ounces instead of 10. Knock him out so we can make something happen in London.”

In truth, a quick evaluation of the orange Corti gloves used by Ramirez (and accepted, after a lengthy negotiation, by the Afolabi camp back in April) were the same kind of soft leather mitts stuffed with what felt like a Dairy Queen-like substance that Floyd Mayweather refused to allow Marcos Maidana into their first fight, and Afolabi felt that he could have taken advantage of that soft glove himself.

“His gloves are 10 ounce gloves, but they’re built in a way in which they are for punchers,” said the British-born Afolabi, now living and training in Los Angeles, back in April after seeing that he could feel his knuckles right through the soft leather of the Argentine-made glove proposed by Ramirez. “And he knows he cannot outbox me, he has to try to knock me out,” said Afolabi, who lost by a wide decision.

Ramirez remains adamant about his choice of gloves, but seems noticeably bothered by the possibility of having to navigate the uncomfortable situation once again.

“I don’t know, we’ll see at the moment,” said Ramirez, when asked about his proclivity to allow McKenzie to use the same gloves he’ll wear. “I am a temperamental fighter, and the adrenaline and the nerves make me add a special condiment. But I believe everything is going to be a great fight anyway.