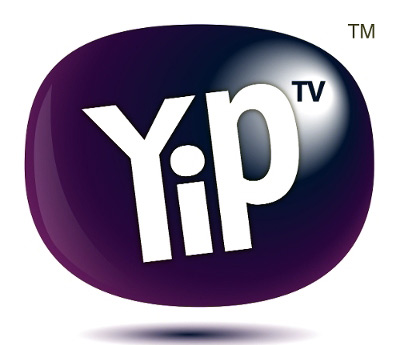 The following press release was issued to boxing media on Wednesday:

The RingTV shows, both originated by De La Hoya’s Golden Boy Promotions and “broadband-cast” by YipTV, feature promising young boxers who are expected to contend for championships in the future.

The live boxing cards include:

De La Hoya, nicknamed “The Golden Boy,” compiled a stellar amateur boxing record of 234 wins and only six losses — including winning a gold medal in the 1992 Barcelona Olympic Games — before battling to a remarkable 10 professional boxing world titles in six different weight classes. During his pro boxing career, De La Hoya defeated 17 world champions. Today he remains hugely popular with boxing fans after his retirement from the ring.

In 2002, De La Hoya became the first Hispanic to form a national boxing promotional company when he founded Golden Boy Promotions in Los Angeles; the company is now one of professional boxing’s most active and respected promoters.

“We couldn’t be more pleased to have Oscar De La Hoya’s RingTV join our YipTV channel lineup,” said CEO Michael Tribolet. “With the same class and winner-take-all determination he exhibited as a fighter, Oscar demonstrates a drive to succeed with all he does as a boxing promoter in his native Los Angeles – from nurturing young boxers to giving them opportunities via LA Fight Club to giving them exposure and promoting their careers through Ring Magazine and RingTV.”

“We want to give fans all over the country the opportunity to see the next great superstar from Golden Boy Promotions, and this partnership with YipTV will help realize that vision,” said Oscar De La Hoya, CEO and Chairman of Golden Boy Promotions. “We look forward to continuing to build boxing’s next great generation of fighters and showcasing them on YipTV.”

YipTV is the first multi-channel Over the Top (OTT) television provider of personalized, low-cost TV content that eliminates the need for cable or satellite TV subscriptions. With availability over any type of wired or wireless broadband connection, YipTV uses Internet-based delivery technology to provide affordable access to international programming content at only $14.99 a month, with no long-term service commitments or contracts.

The company always offers 19 of its channels at no charge for an unlimited period of time – with no credit card or contract required at membership sign-up — and nine of its Premium TV channels are free for a one-week trial period.

Subscribers sign up for YipTV at www.yiptv.com, then download apps for iOS or Android devices from the Apple AppStore or GooglePlay. In addition to Android- or iOS-enabled smart devices, YipTV lets subscribers explore a whole world of live telecasts using a Smart TV, laptop or desktop computer. YipTV also can be viewed on a traditional TV screen using an Apple TVÔäó or a Google ChromecastÔäó device.