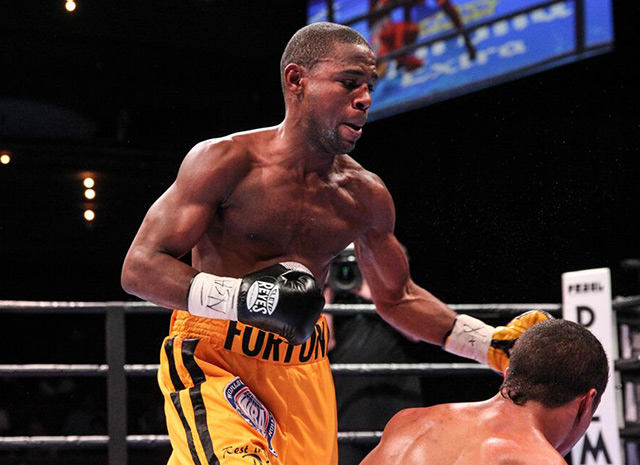 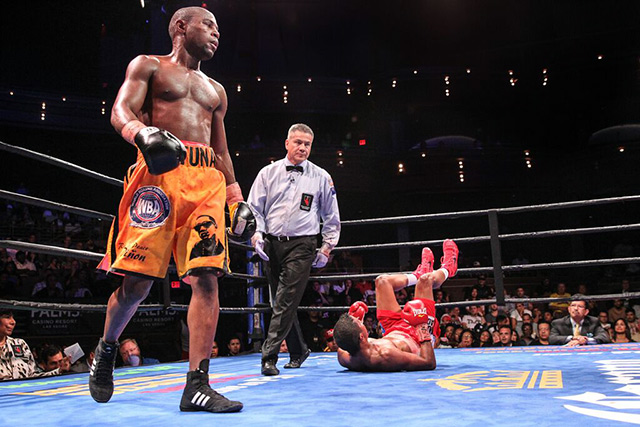 LAS VEGAS – Javier Fortuna dispatched of Carlos Velasquez in impressive fashion with a 10th round TKO to remain unbeaten in the main event of PBC’s “Toe-To-Toe Tuesday” on Fox Sports 1 that emanated from The Pearl inside of The Palms Resort.

Velasquez (19-2) was never much of a threat to Fortuna (29-0-1, 21 knockouts) from the outset as he was continuously beaten to the punch as the awkward Dominican strafed his foe from all angles. In the second round a Fortuna straight right hand connected above the ear and dropped Velasquez. Fortuna went for the finish but Velasquez was resolute and made it out of the round with a seemingly broken nose. Even though Fortuna could have likely gotten rid of Velasquez at any time, he was comfortable shifting to cruise control and landing pot shots over the course of the next several rounds.

Velasquez tried to punch his way back into the bout but was simply unable to find his target. Perhaps aware of the fans restlessness, Fortuna put his foot on the gas in the tenth frame and throttled Velasquez with a variety of power punches to the head and body that finally forced referee Russell Mora to call a halt to the fight at the 45 second mark.

In a battle of unbeaten prospects, Dominque Dolton (17-0-1) and Oscar Molina (13-0-1) kept their respective unblemished records intact with a majority draw after ten rounds of entertaining action.

In the early going it was Dolton’s activity that offset Molina’s potshot efforts. However, things took a turn for the dramatic when Molina caught Dolton early in the third round with a left hook that badly wobbled the Detroit fighter. But Dolton maintained his composure and refused to be taken out despite also being marred with a badly damaged right eye. Dolton regained control in the middle rounds with crisp combinations and ring generalship, as Molina couldn’t land more than one meaningful punch at a time.

Molina found a second wind in the 7th and began tearing away at Dolton’s body. But Dolton wouldn’t buckle under the pressure and engaged in some exchanges that brought the crowd to their feet. Both closed impressively and the draw was well deserved as one judge saw it in favor of Dolton with a 97-93 score while the other two judges had it even with scores of 95-95.

Mayweather Promotions’ Andrew Tabiti scored a resounding TKO stoppage against Tamas Lodi in cruiserweight action. The hard-hitting Tabiti annihilated Lodi with a straight right hand that dropped Lodi like a sack of potatoes in the second. But more impressive than the punch was the fact that Lodi somehow managed to crawl out from underneath the bottom rope, get to his feet and survive the last ten seconds of the round. However, there would be no reason to send the badly damaged Lodi out for another round as his corner called the bout off before the third round started. Tabiti improves to 12-0 with his 11th knockout while Lodi falls to 16-6-2.