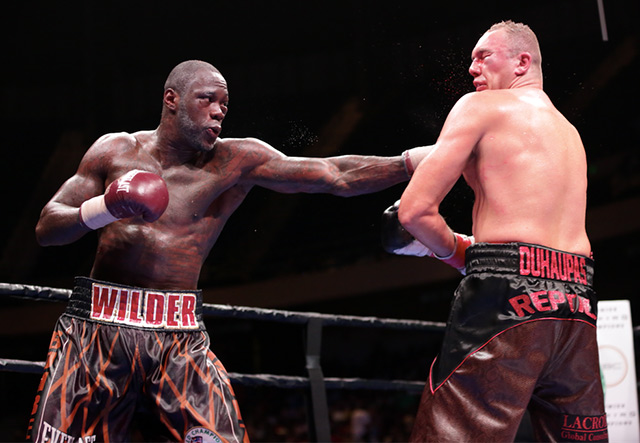 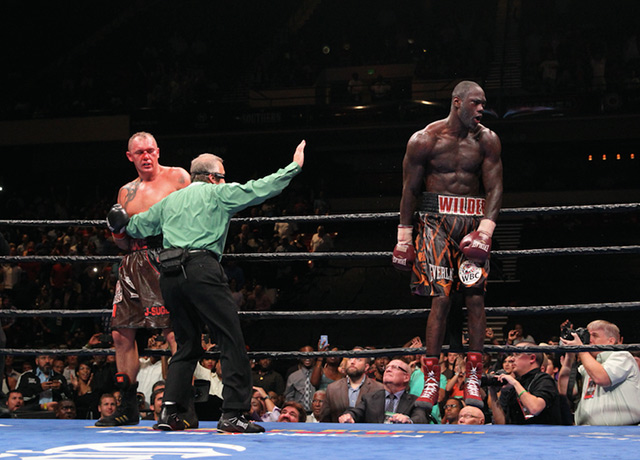 Deontay Wilder retained his WBC heavyweight title for the second time with a tougher-than-expected 11th-round stoppage of ridiculously rugged Johann Duhaupas on Saturday in Birmingham, Alabama.

Wilder (35-0, 34 knockouts), a charismatic and athletically gifted 29-year-old Olympic bronze medalist from Tuscaloosa, Alabama, put on a show for his home-state fans and those watching the live broadcast on NBC. Duhaupas (32-3, 20 KOs), an unrated 34-year-old challenger from France, was a big part of that entertainment value because he was able to take everything the punch-and-moving Wilder could dish out for 10-plus rounds.

Wilder, who fought past the 10th round for the only the second time in his career (the first time was his title-winning decision over Bermane Stiverne in January), was not able to drop Duhaupas or break the rugged Frenchman’s will with the flush hooks and power right hands he landed throughout the fight. However, the accumulation of punishment that Duhaupas took prompted respected referee Jack Reiss to stop the bout 55 seconds into Round 11 as the helpless challenger was being pummeled by an assortment of uppercuts, crosses and body shots. 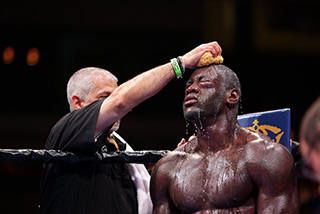 “He did everything we expected him to,” Wilder said during his post-fight interview. “We knew he was mentally tough. He’s got a hell of a chin. He was very strong. I see why he’s never been stopped before. He did an excellent job and definitely had my respect.”

Duhaupus was able to land a stiff jab and occasional right crosses over the first half of the bout. The unheralded challenger arguably got enough shots in to win Rounds 2 and 4, but Wilder seemed hell-bent on scoring a knockout and the rangy 6-foot-7 boxer-puncher began heaping punishment of his game-but-outgunned opponent from Round 7 (when he added a little showboating to his offense) until the bout was stopped.

The fight was good for Wilder in terms of the exposure to causal boxing fans brought in by NBC. General sports fans who really don’t follow boxing were probably entertained by his bombs-away approach to boxing and his bombastic personality. However, hardcore fans seem to have lost the respect they gave the unbeaten fighter after he outpointed top 10-rated Stiverne. Wilder’s first two title defenses have come against proverbial “no-hopers,” Eric Molina (who Wilder stopped in nine rounds in June) and Duhaupas, and he looked wild and vulnerable in both bouts.

The fans who were giving Wilder a shot to unseat RING champ Wladimir Klitschko earlier this year are no longer stating that opinion on social media. But Wilder still has his eyes on the prize — the undisputed championship that would come from beating Klitschko.

“Hopefully we can do it by the end of 2016,” Wilder said of facing Klitschko, who holds the IBF, WBO and WBA titles, “but boxing is a business and I have mandatories (as he does).”

Klitschko was scheduled to face his WBO mandatory, Tyson Fury, next month but tendon injury in his left leg has postponed that bout. Wilder’s WBC mandatory is THE RING’s No. 1-rated heavyweight, Alexander Povetkin.

After Saturday’s performance, a lot of hardcore fans are favoring Povetkin to beat Wilder if and when they meet.