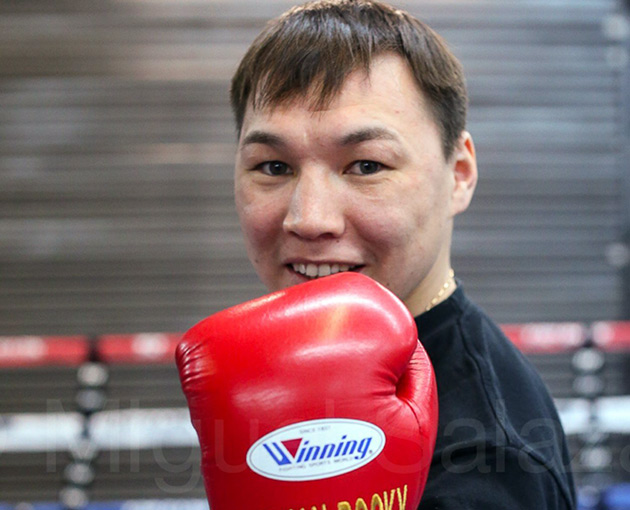 Amir Khan was Plan A, then the Brit backtracked, after initial interest, so Ruslan Provodnikov waits and unleashes any frustration with waiting on a heavy bag, as he seeks his dance partner for his Nov. 7 headline gig at Barclays Center, in Brooklyn, and on Showtime.

The Russian terminator’s promoter, Arthur Pelullo seems to be in the home stretch of selection, as he’s in Cali, looking to lock down the opponent for Ruslan’s Brooklyn tangle. “Who’s in the lead? Whoever will take the fight,” the Philly-based promoter told me.

We’ve heard Shane Mosley, Zab Judah, Petr Petrov are in the mix…and Pelullo did indicate those two aforementioned ultra-vets likely won’t get the date but he didn’t want to go much beyond that, publicly.

“There are no problems between us and HBO or with anyone,” he continued, when I asked of the circumstances which led to the Russian to be operating on the Showtime platform. “He was a free agent and it was the best move for his career to move to Showtime.”

Pelullo said the Sho boxing boss, Stephen Espinoza wanted to know if the Russian would be keen to tangle with guys like Shawn Porter and Lamont Peterson and/or Amir Khan. Duh, said Pelullo, more politely than that, knowing Provodnikov, the RING No. 3-ranked junior welterweight, is a “yes” man, who seeks out confrontation.

“Ruslan will fight anybody! The key is getting THEM to agree to the fight,” said the dealmaker, in closing.