RING Ratings Update: Out with Mayweather as P4P king, in with …? 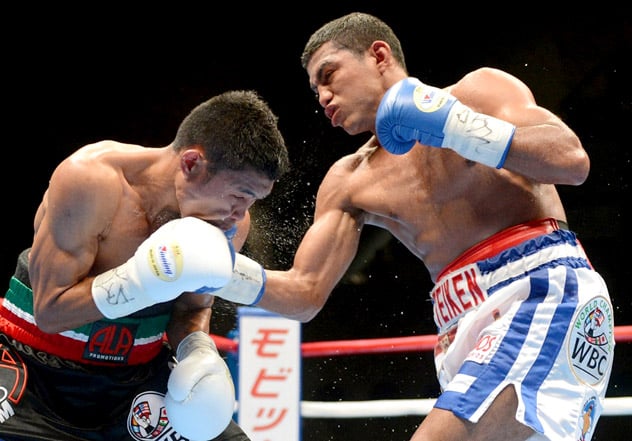 Don’t let the door hit you on the way out, Floyd.

A new era in boxing has dawned if we take Mayweather’s word that his victory over Andre Berto on Saturday was his last fight, which prompted us to remove him from the ratings. And with that development comes significant changes in the RING Ratings.

The biggest question? Who will replace “Money” as the No. 1 fighter in the world, pound for pound?

The smallest answer? Flyweight Roman “Chocolatito” Gonzalez, the first 112-pounder ever to top THE RING’s list of best fighters.

The decision wasn’t a terribly difficult one, as the majority of those on the Ratings Panel and Editorial Board agreed that the little beast from Nicaragua belongs on top. Gonzalez (43-0, 37 knockouts) has destroyed a long list of solid opponents, including the last nine by stoppage.

He has won major world titles in three divisions, clearly establishing himself as the top little man on the planet.

And, finally, no one has even given him a significant run for his money in the past five or six years. One possible exception might be Juan Estrada in 2012 but even he lost badly on the cards.

All that is why THE RING Editorial Board had no reservations about elevating him from No. 2 to No. 1 upon Mayweather’s retirement. Hail to the new King!

We also used Mayweather’s departure as an opportunity to reconfigure the RING Pound-for-Pound Top 10 to better reflect the current state of talent. That process was anything but easy, as we endured an exhaustive process of give-and-take before making our decisions. 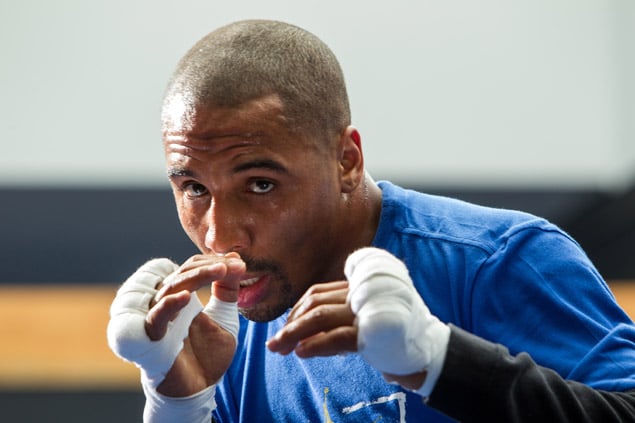 Ward met with some resistance because of his relative inactivity the past few years and weak opponent in his comeback fight, Paul Smith.

We feel the answer to that question is obvious: Of course, he is. That’s why he re-entered the list at No. 2.

It got tougher after that. We decided that Nos. 3 and 4 would be Kovalev and Golovkin, although we had trouble deciding the order.

We agreed that GGG probably has more upside than Kovalev but also that he hasn’t faced the stiff tests necessary to demonstrate that he belongs above “Krusher” right now. We believe Kovalev has proven more in the ring, leading us to place him at No. 3.

No. 5 was another point of contention. We went with the slick Rigondeaux even though he didn’t receive universal support. Everyone recognizes that he’s a superb boxer but some wonder about the level of his opposition, although the former outweighed the latter when it came down to his ranking.

No one would argue that Klitschko’s level of opposition has been strong – who has he fought? – but he can’t be ignored because of his continuing and utter dominance. 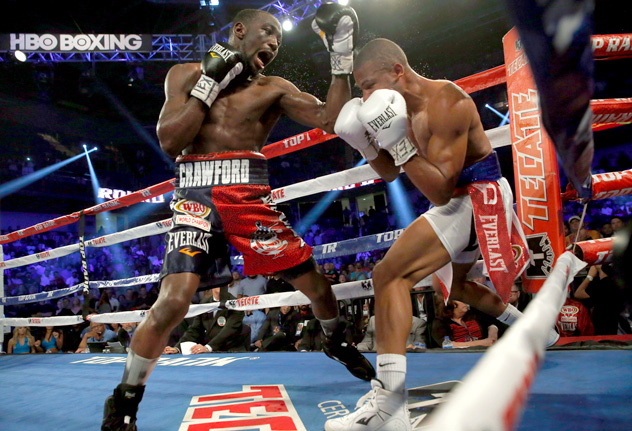 Crawford, the two-division titleholder, seems to be as complete as any fighter but has just begun to face – and beat – top-tier opponents. We agreed that the Nebraskan is on the rise.

Pacquiao is coming off his loss to Mayweather and is only 3-3 in his past six fights but we agreed that he remains a formidable opponent for anyone.

Yamanaka, the longtime bantamweight titleholder, and the unbeaten Brook rounded out the list. We felt strongly that Yamanaka belongs in the Top 10 but went back and forth on the final position.

We considered a number of other fighters for No. 10, including Tim Bradley, Canelo Alvarez, Naoya Inoue and Estrada, but decided upon Brook because of his recent dominance – including a clear decision over Shawn Porter – against good opposition.

The winner of the Alvarez-Miguel Cotto fight Nov. 21 is likely to crack the Top 10, particularly if he gives a strong performance.

We realized once again during this process that selecting the 10 best fighters in the world is very difficult, as so many factors had to be considered and there really are no right or wrong choices. We simply tried to answer the question posed above as best we could: “Who are the best fighters regardless of weight at this moment?”

We feel good about our Top 10. What do you think? 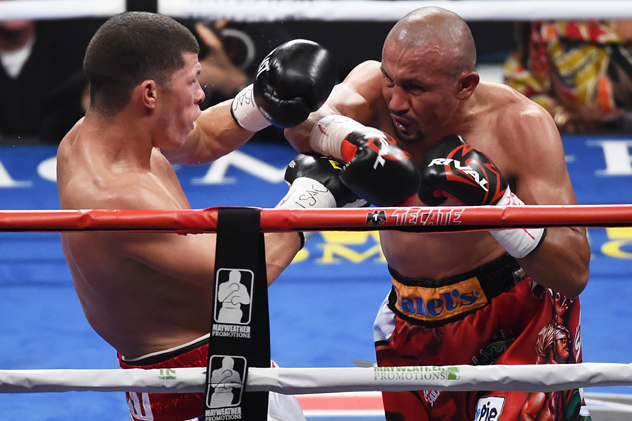 Anthony Joshua knocked out Gary Cornish in the first round on Saturday, the Olympic champion’s 14 knockouts in as many fights. He doesn’t have the track record to crack the Top 10 yet but he’s closing in fast.

RING champion Adonis Stevenson stopped Tommy Karpency in the third round on Friday to retain his title. We hope he faces a legitimate threat to his belt next.

Badou Jack (No. 6 last week) defeated George Groves (No. 3 last week) by split decision on the Mayweather-Berto card. They switch places, as a result.

Peter Quillin (No. 3 last week) retains his position after knocking out the much smaller Michael Zerafa (unranked) on Saturday in Mashantucket, Connecticut.

Jermall Charlo (No. 7 last week) stopped Cornelius “K9” Bundrage (No. 6) in the third round on the Quillin-Zerafa card. As a result, Charlo moves up two notches to No. 5. Bundrage, 42, looked at least his age. He was dropped from the Top 10. Unbeaten Liam Smith enters the ratings at No. 10.

Meanwhile, on Tuesday, Austin Trout (No. 3) retained his position after stopping Joey Hernandez (unranked) in the sixth round. And Vanes Martirosyan (No. 5 last week) defeated Ishe Smith (unranked) by a majority decision. Martirosyan was bumped down to No. 6 by Charlo’s rise.

Mayweather’s departure leaves the 147-pound championship vacant. Any chance No. 1 Brook would fight No. 2 Pacquiao for the belt?

Errol Spence Jr. stopped Chris van Heerden in the eighth round Friday in Toronto. Like Joshua, Spence, impressive all around, is on the cusp.

This division was the subject of considerable discussion. Orlando Salido (No. 8 last week) seemed to outwork Roman Martinez (No. 3 last week) on the Mayweather-Berto card – throwing more than 1,000 punches – but had to settle for a split draw.

The Editorial Board decided to go by what we saw – a clear Salido victory – over the official decision. Thus, Salido was bumped to No. 3 and Martinez, who outpointed Salido in April, dropped on notch.