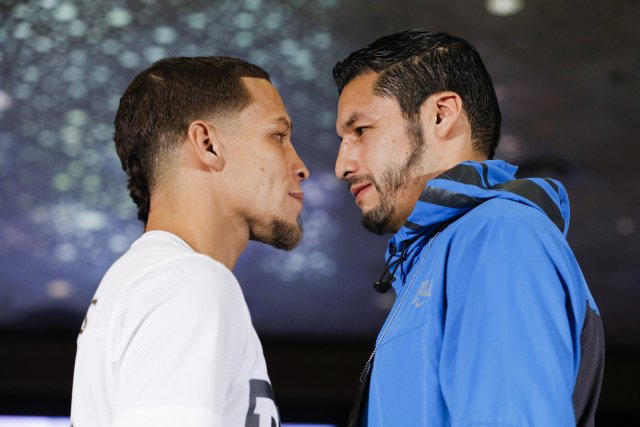 Jonathan Oquendo defeated Jhonny Gonzalez by a majority decision in a 10-round junior lightweight bout on the Floyd Mayweather Jr.-Andre Berto card Saturday in Las Vegas.

Oquendo (26-4, 16 knockouts) went down in the first round, Gonzalez (58-10, 29 KOs) hit the canvas in the second and both fighters suffered bad cuts in a very physical and seemingly close, give-and-take fight.

Two judges saw it that way, scoring 94-94 and 95-93 for Oquendo. However, the third judge, Robert Hoyle, had it 98-91 – or nine rounds to one – for Oquendo, giving the Puerto Rican a victory over the Mexican.