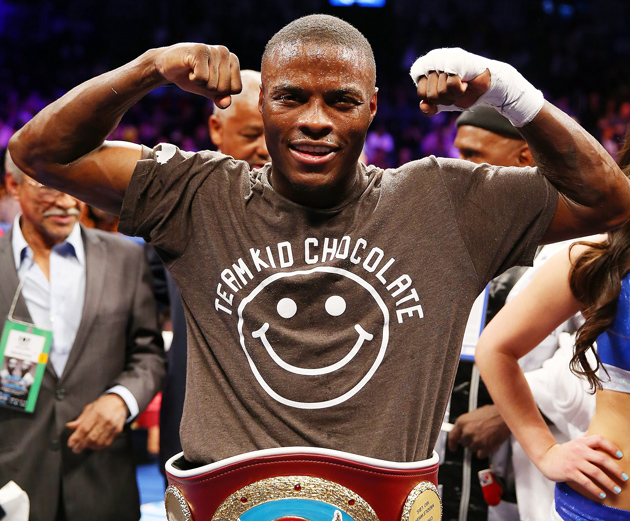 Former WBO middleweight titleholder Peter Quillin knocked out out-classed and undersized Michael Zerafa in the fifth round of their PBC on NBC main event from Foxwoods Casino in Mashantucket, Connecticut, on Saturday.

Quillin (32-0-1, 23 knockouts), THE RING’s No. 3-rated middleweight, was a bit sluggish at the start of the fight, perhaps due to putting on 19 pounds after weighing in at 163 pounds for the non-title bout. Zefara (17-2, 9 KOs), an unrated 23-year-old middleweight from Australia, did his best to stick and move but lacked the size and power to move Quillin at all.

Zefara made the mistake of trying to plant his feet and exchange with Quillin in Round 5. The 32-year-old Brooklyn resident hurt Zefara with a hook-cross combination that backed the 50-1 underdog to the ropes where the former beltholder landed a monster straight right. The heavy punch dropped Zefara in a bad way, prompting referee Arthur Mercante Jr. to wave the fight off without a count. Zefara did not respond to ringside doctors in a coherent way, so he was removed from the ring on a stretcher for precautionary reasons.

Quilling called out fellow 160-pound contender Daniel Jacobs, who was ringside, after the fight. Jacobs, a Brooklyn native, told NBC commentators that they are scheduled to fight at Brooklyn’s Barclays Center on Dec. 5.