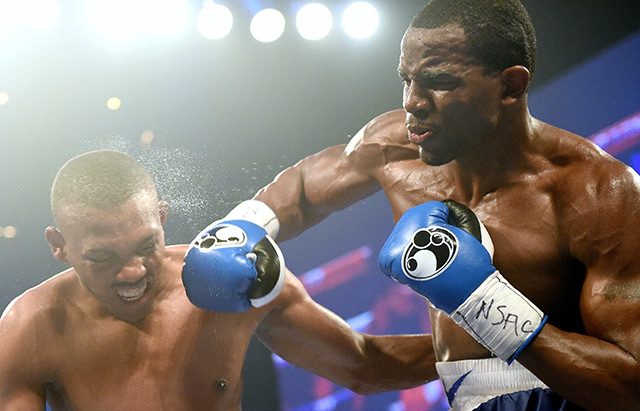 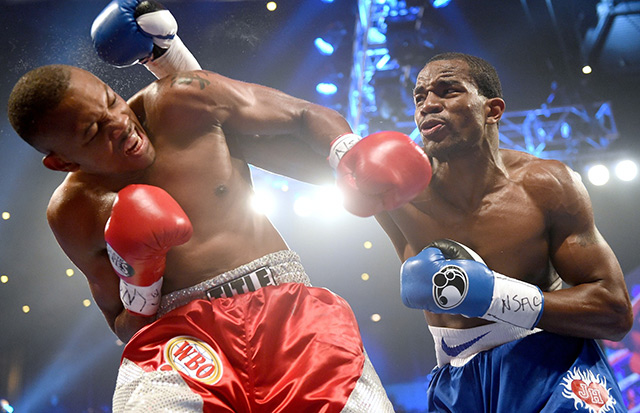 LAS VEGAS — Jesse Hart improved to 18-0 with a ninth-round TKO stoppage of Aaron Pryor Jr. in a scheduled 10-round of super middleweight action on Friday. It was an awkward clash of style that led to a supremely ugly contest as Pryor proved to be little more than gun shy and Hart struggled to land anything substantial early as his opponent retreated with his back nearly turned whenever a salvo of punches came toward him. But Hart didn’t look extraordinarily sharp as he often smothered his own punches and couldn’t find the range to polish off a Pryor who was stopped by Marcus Browne in his last fight.

As the rounds crawled by, Hart tried to find the winning combination but continued to miss as Pryor was reluctant to engage. In the ninth round, Hart finally cranked up the intensity and smacked Pryor with a looping right hand that sent the 37-year-old into the ropes. Smelling blood in the water, Hart threw caution to the wind and fired away without having to worry about what was coming back. With Pryor not answering back, referee Tony Weeks mercifully called a halt to the bout at the 2:51 mark in the ninth round to collect his 15th knockout in 18 fights. Meanwhile, Pryor falls to 19-9-1.