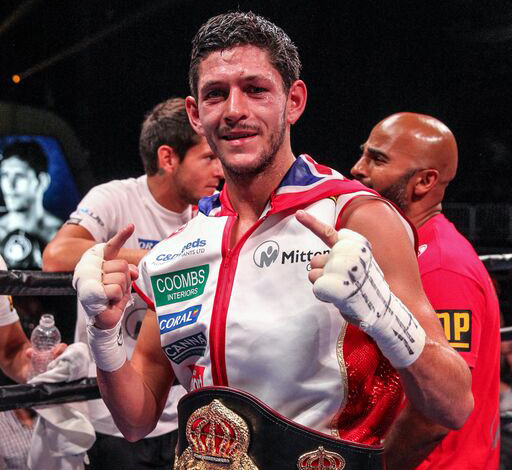 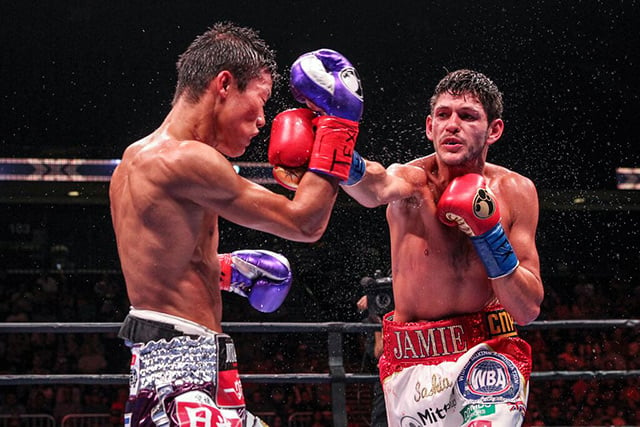 Jamie McDonnell: I was surprised when the decision was announced after the McDonnell-Tomoki Kameda rematch on Saturday night in Corpus Christi, Texas. The judges scored it 115-112, 116-111 and 117-110, all for the lanky British bantamweight. In my opinion, McDonnell won five of the 12 rounds at best. I thought the athletic Kameda outboxed his more-plodding opponent for most of the fight, moving in to land quick, accurate shots and then moving out before McDonnell could do significant damage. I agree that McDonnell was the overall aggressor and did better late in the fight but I don’t believe he did enough to win. For the record, some people I respect disagree with me. I accept that. I think this fight came down to preference: Do you like the quicker guy who sticks and moves effectively or the persistent guy who plows forward and maintains a high work rate. All that said, McDonnell (27-2-1, 12 knockouts) deserves credit. The product of Doncaster now has two victories over a very good fighter in Kameda and one over talented Julio Ceja in 2013, which gave McDonnell the IBF bantamweight title. That’s impressive. I don’t see him as a special fighter but his work rate would pose a challenge for most opponents. I’m curious to see how he does at the next level.

I think Kameda (31-2, 19 KOs) is about as marketable as a fighter can be after losing consecutive bouts. I thought he looked well-prepared physically and mentally on Saturday, And, again, I thought he won the fight. He’ll get more opportunities in spite of his setbacks. ÔÇª Anthony Dirrell pitched a 10-round shutout against Marco Antonio Rubio in the main event in Corpus Christi, Dirrell’s first outing since he lost his WBC super middleweight title to Badou Jack in April. Dirrell (28-1-1, 22 KOs) used Rubio (59-8-1, 51 KOs) as a punching bag but that isn’t saying much. The tough Mexican demonstrated uncommon durability, as he took a few hundred punishing shots, but he offered very little in return. It seems as if he was there just to collect a payday. A few more paydays like that could lead to long-term health problems for Rubio. ÔÇª No surprise: Juergen Braehmer (47-2, 35 KOs) beat another marginal opponent in the comfortable confines of Germany, this time Konni Konrad (22-2-1, 11 KOs) by a seventh-round KO. Surprise: Braehmer will next fight capable Thomas Oosthuizen on Nov. 7 in Monaco. Good for Braehmer for branching out. ÔÇª Two Britons about to make their moves: super middleweight Martin Murray and featherweight Josh Warrington. Murray (32-2-1, 15 KOs) stopped Jose Miguel Torres in five rounds Saturday in the U.K. The former middleweight contender should get a title shot at 168 pounds soon. And Warrington (22-0, 4 KOs) shut out Joel Brunker on the Murray-Torres card. The Leeds fighter, an excellent boxer, also will get a title shot in the near future. One matchup fans seem to like: Warrington-Lee Selby.