Kell Brook to fight Diego Chaves in Sheffield on Oct. 24 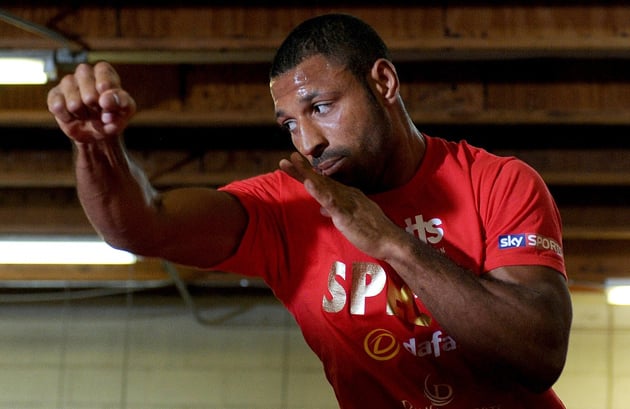 Ranked at No. 1 at welterweight by THE RING, Brook is one of the fastest rising champions in a talent-rich division, and will pit the title he wrestled away from Shawn Porter last August against a tough opponent with punching power, who in spite of going 1-2-1 in his last four bouts is ranked among the best in his division thanks to his willingness to trade leather against all comers.

The 29-year-old Chaves was nicknamed “The Jewel” during his amateur days, in which he shared the spotlight with fighters such as Marcos Maidana and Lucas Matthysse. He failed to live up to his promise in his results but not in his performances, having earned the appreciation of fans and critics with his gritty efforts in his losses against Keith Thurman and Brandon Rios (the latter being by disqualification in a fight he was winning on the scorecards) and his spirited effort in his draw against Timothy Bradley in his most recent outing.

Chaves: “They keep me in mind because of my boxing skills” 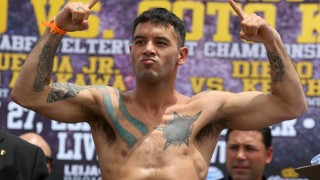 In spite of the relatively short notice of his long-awaited title bout (even though he briefly held the spurious “interim” version of the WBA welterweight belt that he would eventually lose to Thurman), Chaves feels he will be ready for the challenge, as he was already in training for a bout in September against an opponent to be determined.

“The negotiation was closed a few days ago,” said Chaves. “I was already training quite hard, and then this offer came up to fight for a world title after such a long time. We’re working super hard and feeling super sharp.”

His recent string of bad results does not bother Chaves, who feels he has earned his chance the hard way and gained confidence and experience with every bout, win or lose.

“First of all, I believe my recent streak was not that bad,” said Chaves. “Even though I lost to Brandon Rios, I think I got an unfair deal in that fight. Everyone knows that the fight with Rios was a blatant robbery, and then the draw against Timothy Bradley left a very positive taste for me. But this fight is going to be different because Brook is a fighter that is completely different to the other guys I fought. We know he is a technically proficient fighter and I believe this plays right into our hands. We both have a similar style. I think Brooks needs to go to the body a little bit more, but that’s typical in European boxers. “

Chaves’ analysis of his foe, however, doesn’t end in his shortcomings.

“We know he is a tough fighter, very technical,” said Chaves, who claims he had already been studying Brook for a while. “He is a linear fighter, very frontal. He’s not a fast fighter. He is easily bothered by body punches, and that is one of our strengths. And I believe he has problems going backwards. We saw that in his fight against Shawn Porter. When Porter charged forward, Brook had trouble adjusting to that. But we know that he is a great fighter to face, and we are going to test his punching power too, because the opponents he chose so far have not been such great punchers as the ones I have faced lately.”

As hard as it may be to achieve success against the best fighter in his division not named Floyd – and in his foe’s backyard to boot, Chaves feels he is and will continue to be chosen for bigger and better fights because of his non-speculative, fan-friendly style.

“I believe that, aside from the fights I had abroad, they keep me in mind because of the quality of my boxing skills. They realize that I look good in the ring, that I stand up and trade with anyone without any problems,” said Chaves, who will be making only his fifth appearance outside his native country.

Far from considering it a hindrance, Chaves relishes on the chance of adding a victory in the long rivalry between Argentina and England – both in sports and outside of it.

“First of all, I feel that my confidence grows with this challenge, knowing that I will have to face a champion like Kell Brook in his home country in England,” said Chaves. “This raises the stakes for me, going up there as an Argentine, and as a huge underdog. We know all the bad blood that exists between Argentina and England, and this will give me much more strength. I will be making history if I defeat an Englishman in his own country.”