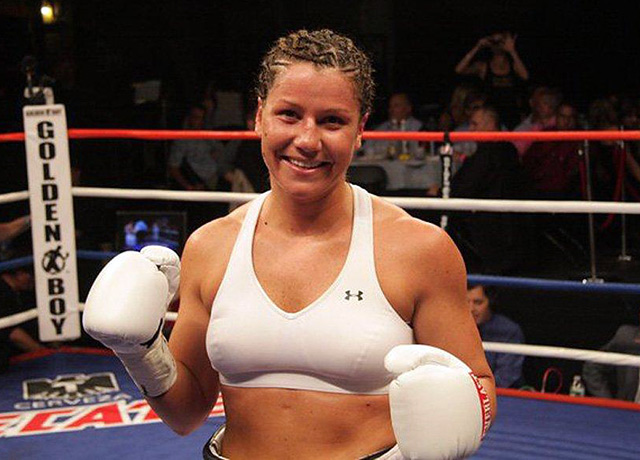 POV is divided on the pay-per-view put together by Shane Mosley.

But, of course, many folks simply don’t care for the fact that they have to dig into their pockets to pay premium cable fees and then also an add-on to that, for extra PPV payouts, to get marquee bouts. I understand and share that frustration. But much of that has to do with the fact that we are a red light district of sports and we aren’t embraced like other mainstream sports, thus we don’t get the sponsorship monies and other ways to package product, so that you, the consumer, don’t have to shoulder so much wallet burden to be a fan.

Anyway, I’m straight up rooting for Mosley to do well in his rematch against Ricardo Mayorga tonight, sell tix at the Forum and on PPV, because I like his candid streak and his bid to go at it independently. He’s 43; he’s an underdog and I root for 40-somethings, and underdogs, much of the time…

Here’s another reason to root for Mosley, wish him well and, also, maybe purchase that PPV. He’s giving two females a chance to shine on a big stage, something that hasn’t been happening in boxing for many moons.

I chatted with Shea, to get a better sense of where she stands in her career and what she thinks of this op and who she is as a human being.

“My opponent is a tough girl from Mexico,” the 34-year-old told me. “I don’t underestimate anybody. She is a champion because she earned that title. But I believe I am the stronger and more experienced fighter. I am very familiar with the Mexican style of fighting being that I fought seven of my last 10 fights in Mexico. Also winning the WBC interim featherweight world title in Sinaloa, Los Mochis in 2011 helped me. [Avila] is a bit taller than me, but I am used to fighting taller girls. I really believe my experience will get me the victory in this fight.”

Shea, who sparred with Hillary Swank to ready the actress for her role in “Million Dollar Baby” in that 2005 film, spoke of the buzz she’s enjoying fighting in LA.

“It feels great to be fighting in my adopted home of Los Angeles. I have so much love and support out here it is really a blessing.”

And we also got a bit deeper. This is someone who has been in the game for such a long spell; it is obvious the attraction is real and deep. How and why did Maureen get into boxing?

“At 19 years old, I found myself in an abusive relationship,” she told me. “I went to the gym because I had a very low self-esteem and didn’t think I looked good enough for him. So basically I went to the gym to work out, lose weight and try to better my body for him, thinking that would end the abuse. I walked into the back and there was a boxing ring.

“I was asked by Willie Soto, a Puerto Rican trainer who trained a few professional men at Omni Health and Fitness in Pelham, NY, if I wanted to try it out. I said yes and began hitting heavy bags and learning some basic boxing moves. I fell in love with the sport and, in that moment, I found an empowering feeling, being able to hit a bag…I was dealing with a lot of emotional issues inside, not only from the abusive relationship but from some past demons that I still harbor in my soul. I was able to release all those negative energies into a positive place, which was the heavy bag. It was empowering and made me feel strong inside and out. That is when I found the strength to get out of that abusive relationship and got into a new relationship with boxing.”

Amen, I hear this all the time and never hesitate to share this sort of tale because some prefer to focus only on downsides.

I asked Shea about getting this opportunity and what it means to her.

“I think Shane is doing a great job in what he’s trying to achieve,” said Shea, who had her first amateur bout at age 21. “It is not easy by any stretch but I can relate with how my career has gone. When you believe in something, have faith in God and you put your heart and soul into it and continue working for it, success is inevitable. Shane has always been a fan and a supporter of women’s boxing. He has put other women on cards in the past. I am honored and grateful to him for standing up to the networks and putting my fight on his pay-per-view card. I have to note, it’s not that he is just putting my fight on PPV, he is also making me the co-feature, which is a complete and total honor. Shane is a great champion, a good person and a future Hall-of-Famer. To have someone like him in my corner means a lot.

“In my opinion, he is a smart man, with a similar vision as my team. He gets it; he sees the marketability for women that is out there. And Saturday night [tonight], we will just prove it all to be correct!”