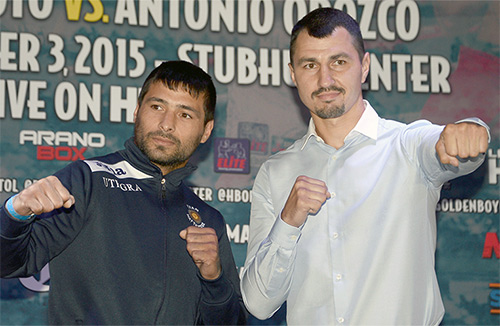 The World Boxing Council (WBC) has begun a drug awareness and testing program with the Voluntary Anti-Doping Association (VADA) beginning with the Lucas Matthysse-Viktor Postol fight on Oct. 3. 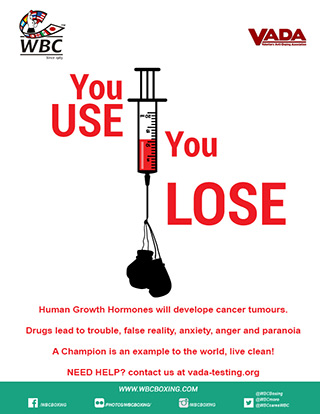 The new venture between the sanctioning body and testing agency is called the “WBC Clean Boxing Program,” according to a WBC press release that was sent out (in English and Spanish) to boxing media on Sunday.

The program is supported by VADA and the organization’s president Dr. Margaret Goodman, a longtime advocate for combat sports safety and thorough testing for prohibited and performance-enhancing (PED) drugs, with the goal of PED testing and educating fighters on the health dangers and penalties associated with doping.

Both Matthysse and Postol, who will fight for the WBC’s vacant 140-pound title, have volunteered to be a part of the new program.

According to the press release, the WBC-VADA initiative will sponsor “tutorials as well as complete policies and procedures” that will be available to the public on the WBC website.

The program is divided into three primary objectives:

-An awareness program to educate boxers on the dangers of illegal substances through tutorials, webinars, forums, materials , etcÔÇª.

-Out of competition random testing

The WBC and VADA will continuously report the progress of the venture, according to the press release.