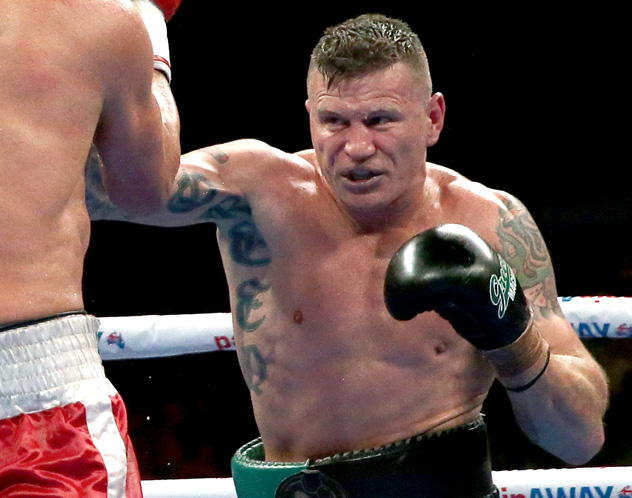 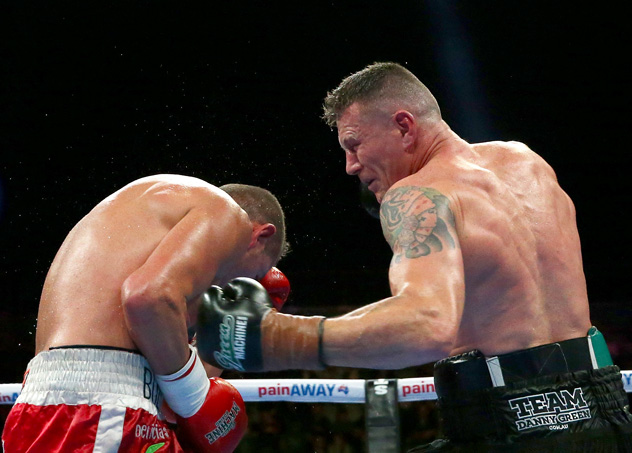 Fighting in the cruiserweight division, the 42-year-old Green won the 10-round contest by scores of 100-90 across the board in his first outing since 2012 and showed a bit of ring rust in a pedestrian but effective performance against an unwilling Bolonti, who refused to engage Green and limited himself to waiting for counterpunching opportunities that either never materialized or that he was unable to seize.

Bolonti stood in front of Green, who scored at will to the body and launched the occasional combination to the head before becoming entangled in a clinch with the reluctant visitor. Green was never in danger but neither was Bolonti, who suffered a bloodied nose towards the end of the bout and complained about Green’s repeated headbutts.

Green had abandoned boxing in November 2012 after a disappointing 2-2 run over two years, in which he suffered back-to-back losses against Antonio Tarver and Krzysztof Wlodarczyk before redeeming himself with two victories.

After the fight, Green called out local nemesis Anthony Mundine for what would be a rematch of their disputed 2006 bout, won by Mundine.

Bolonti turned in a pathetic performance against Jean Pascal last December in a bout that ended in a no-contest after an alleged foul sent the Argentine down and his manager loudly asked him to remain on the canvas in an attempt to force a disqualification. He fought and won in Argentina in July but did very little to improve his standing with a completely lackluster performance that featured very few moments of action.