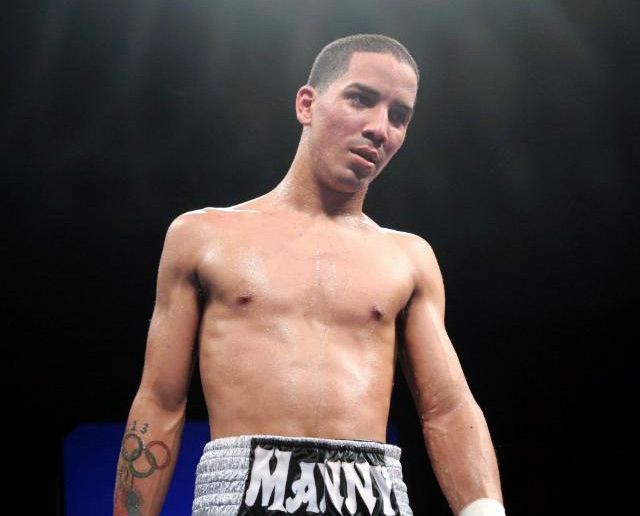 Best night of pro career: Rodriguez has won all 12 of his outings to date and has a couple of favorite performances.

“I have to choose three,” Rodriguez told RingTV.com through Fernando Gaztambide. “Miguel Cartagena who I KO’d in the first round, former WBA #11 Luis Hinojosa who I defeated in the third round and former title contender David Quijano by unanimous decision [Quijano lost a unanimous decision when he challenged WBO 115-pound champion Omar Narvaez a year earlier]. But if I need to chose one I choose Hinojosa.”

Worst night of pro career: Although he won a shut-out decision on two of the three scorecards last April he feels that was his weakest pro performance.

“Maybe against Felix Perez,” he said. “I clearly won all first six rounds but I did get a little tired in the last two rounds.” 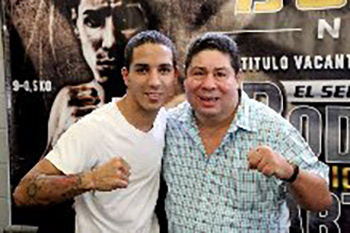 Next fight: Rodriguez fights for the third time this year on Saturday against Alex Rangel. He expects a tough fight against his Mexican opponent who sports a record of 16-4-2, 10 KOs.

“He is a good fighter. He knows how to fight and lasted the distance at 122-pounds with my countryman Cesar Seda and was stopped in nine rounds by Alexis Santiago [the only man to stop him] who has become a much better fighter since losing to Randy Caballero.”

Why he’s a prospect: In the amateurs Rodriguez enjoyed success winning the national championships. He also represented Puerto Rico at the Youth Olympic Games in Singapore where he won gold and then silver at the Youth World Championships in Baku.

He had hoped parlay those 2010 successes into an Olympic berth. However, on November 10, 2010, he was badly burned in an automobile accident.

“I suffered 2nd degree burns on 66 percent of my body,” he said recounting the traumatic experience. “My life was in danger and my boxing career too. But that was more motivation. My hands were so burnt that I could not move them as I prefer to but now I’m 100 percent.”

Within six-weeks he was back in light training though didn’t fight again until the following September. He lost in the semi-final of the qualification tournament to Puerto Rico’s eventual representative Jeyvier Cintron. He then elected to make the transition to the pros.

Rodriguez considers himself a boxer-puncher and lists among his strengths power in both hands. His desire to return to boxing after the accident suggests he has a burning ambition to reach the top.

Why he’s a suspect: “Manny el Sensacional” possesses a sound fundamental base and good power. However, by his own admission his stamina has faded in the later stages of a fight.

“I need to fight and last a 10 or 12 round fight before a world title or elimination fight,” he said when asked what he needs to improve upon to reach the next level. “Lately my fights with better opposition are ending early. My opponent for this Aug. 22 in Fajardo, Alex Rangel, has a good chin, let’s see what happens.”

We don’t know how the 23 year old will react to adversity such as being cut or dropped.

Story lines: Like many other boxers Rodriguez followed his elder siblings to the gym and then got hooked.

“I started playing baseball, but my older brothers were practicing boxing so I started to do both, baseball and boxing but one day I was very tired and not doing the best at both sports and I decided to keep in boxing full time.” he said.

In his spare time away from boxing Rodriguez is a spokesperson for burns victims www.a-mar.org and also visits children in schools to share his experience.

He enjoys cockfighting (which is legal in Puerto Rico). He has two boxing heroes: “I admire [Floyd] Mayweather [Jr.], he has good health, intelligence, knows the business, but I really admire Rocky Martinez. He’s a hard worker I admire him a lot.”

Feb. 21 – Gabor Molnar – TKO 2
May 30 – Luis Hinojosa – KO 3
Questions and/or comments can be sent to Anson at [email protected] and you can follow him at www.twitter.com/AnsonWainwright