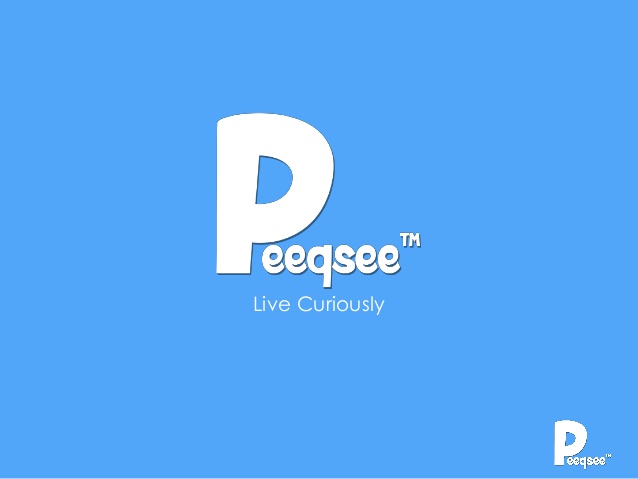 The following press release is from Golden Boy Promotions, which recently made a deal with social media innovator PeeqSee:

Golden Boy Promotions LLC, the leading boxing promoter with a roster of more than 60 prominent boxers, and Peeqsee, Inc., the developer of a social media platform focused on engagement, today announced that they have signed a major strategic partnership that will enhance Golden Boy’s online presence using PeeqSee’s innovative platform and tools.

“We are fully committed to offering our fans access to unique and original content, and social media is a huge vehicle for delivering the content,” said Golden Boy CEO and Chairman Oscar De La Hoya. “PeeqSee offers fans a new and exciting way to experience the sport, and we can’t wait to start deploying these tools to help promote our events and boxers.”

“Boxing is a highly visual and action-oriented sport that offers many opportunities for PeeqSee to make a difference. We are delighted with Golden Boy’s interest, and we can’t wait to help them take fan engagement to new heights,” PeeqSee’s CEO Vacit Arat said.

Arat contrasted the App to the traditional photo-based social apps: “Most apps out there offer the same user experience: You take a photo or a video, dress it up a little, maybe add a comment, and share it. It then shows up in your followers’ feeds in all its glory. There is no opportunity to inject an element of allure, anticipation or surprise; the photo is already right in front of them. And there is no interaction with the photo itself – they just get to look at it.”

“PeeqSee has a remarkably simple solution that draws people to interact with the posts,” said Ed Celis, PeeqSee’s Director of Business Development. “Each post – called a peeqsee – consists of a photo with small overlays masking parts of it. The viewer has to touch the overlays to reveal what’s underneath: the peeqsee either opens instantly, or a message is sent to the creator of the peeqsee to get special permission. And if the overlay is shaped like an arrow, it takes the viewer to another photo or video to continue the story started on the first photo.”

Celis added: “The viewers are teased and compelled to interact with the post – to satisfy a curiosity, to get entertained, or to be rewarded with a prize, etc. The result is a deeper and stickier engagement between the sender and the viewer.”

“PeeqSee is a powerful tool to help us stand out in the crowd,” noted Scott Tetreault, Golden Boy’s VP, Digital Marketing and Branded Entertainment. “We will deploy it in multiple ways – from event announcements to distributing content, running prize competitions, not to mention engaging with our fans in social media better than ever.”

As part of the partnership, Golden Boy will gain equity in PeeqSee, and De La Hoya will join PeeqSee’s Board of Advisors.

PeeqSee, Inc. is a developer of a unique social media platform designed for boosting engagement between users as well as between brands and their customers. It is a fresh new way to communicate through images in an interactive, engaging and entertaining context. The company’s products include mobile apps (iOSÔäó platform available now; Android to follow late 2015) and partner portals where brands can manage their posts on the app and the related analytics. PeeqSee was incorporated in August 2014 and is headquartered in Los Angeles.