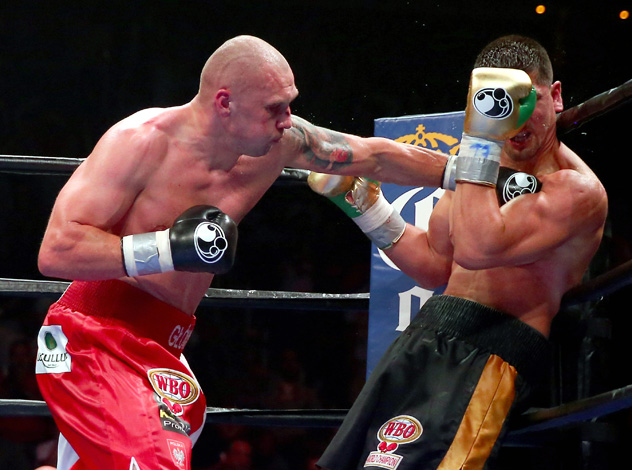 The following press release is from Golden Boy Promotions, which owns the near-century-old U.S. boxing magazine THE RING, its brand and the ringtv.com website:

The ‘Bible of Boxing’ will explode into the streaming video and Video on Demand (V.O.D) arena on Sept. 4, as THE RING starts streaming live fights on Roku, Amazon Fire and soon on Apple TV, company executives announced today.

As part of its first agreement, made with top-industry boxing promoter Golden Boy Promotions, The Ring TV will twice a month live stream Golden Boy boxing events, one being the hugely popular LA FIGHT CLUB series from the Belasco Theater in downtown Los Angeles, featuring some of the most talented up-and-coming fighters throughout all weight divisions. The Ring TV is committed to building a robust ecosystem to deliver premium content to all screens and all devices imaginable – thereby providing all boxing fans with the ability watch live boxing, behind-the-scenes segments, dynamic highlights, powerful interviews as well as mini-fight episodes that provide the very best of full fights in three to five minute bites.

In the coming weeks and months, The Ring TV will work to secure agreements with top boxing promoters around the world to bring fans hungry for 24/7 content the latest fights and other premium boxing programming.

“The boxing fan of today is interested in following the sport through multiple mediums – cable, V.O.D., print, mobile, online and streaming video,” said Michael Rosenthal, Editor-in-Chief of THE RING Magazine. “Our fan base is loyal and eager to watch not only live, action-packed fights but everything that goes into making those fights. That includes training, press conferences, weigh-ins and more. The Ring TV app will help us deliver that type of content to fans all over the world.”

“THE RING is the boxing’s oldest and most trusted source of information on The Sweet Science, with brand recognition among fight fans all over the world,” said Oscar De La Hoya, Chairman and CEO of Golden Boy Enterprises. “We are thrilled to provide the first round of content to The Ring TV and our growing base of platforms through our events including LA FIGHT CLUB series at the Belasco Theater. Now, no matter what language fans speak they will be able watch future world champion fighters at the beginning of promising careers either on The Ring TV or on Estrella TV.”

In addition to live fights, The Ring TV will live stream press conferences, weigh-ins and behind-the-scenes footage to give fans VIP access and an inside look at what goes into making the best fights.

THE RING is an American magazine and website that provides unique content 24/7 on the sport of boxing. Founded in 1922, the publication has had five owners in its history, the current owner being 10-time world champion in six different weight classes retired boxer Oscar De La Hoya. The publication has become known among fight fans around the world as a source for expert commentary and the latest news on “The Sweet Science.” THE RING has become an internationally recognized brand because of its award-winning content and has had only seven editors in its 90-plus year history. For more information, visit ringtv.craveonline.com.