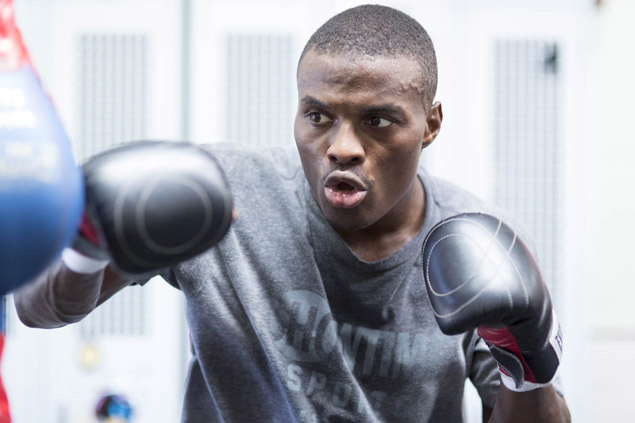 Undefeated middleweight Peter Quillin will headline in a 12-round bout against Michael Zerafa, while junior middleweight beltholder Cornelius Bundrage defends the IBF title against undefeated contender Jermall Charlo on an afternoon edition of Premier Boxing Champions on NBC on Sept. 12 at Foxwoods Resort Casino in Mashantucket, Connecticut.

Quillin (31-0-1, 22 KOs), a 32-year-old boxer-puncher who fights out of Brooklyn, failed to regain the WBO title he once held (but voluntarily relinquished) when he and current beltholder Andy Lee fought to a draw in his last bout on April 11. Zerafa (17-1, 9 KOs) is an unrated 23-year-old middleweight prospect from Australia.
Bundrage (34-5, 19 KOs), a 40-year-old veteran from Detroit, hasn’t fought since regaining the IBF belt against Carlos Molina in Mexico last October. Charlo (21-0, 16 KOs) is the twin brother of fellow contender Jermell Charlo. the 25 year old is from Houston.
The following quotes are from a PBC on NBC press release sent out on Monday:
“I’m ready and excited to return to the ring on NBC on September 12,” said Quillin. “I’m already deep into training camp and preparing to be in the best shape of my career. I know my opponent is dangerous and he’s coming to make a name for himself. I’m at the top of my game and I plan to stay there.”
“I’m excited for this fight. This sport is all about fighting the best and giving the fans what they want to see,” said Zerafa. “This is a great opportunity and I’m looking forward to coming over there and putting on a show.”
“It’s a blessing to be the junior middleweight world champion,” said Bundrage. “I want to thank my entire team for making this fight happen. I’m looking forward to my debut on PBC and successfully defending my second world title. Detroit is where the title is at, it’s not going anywhere. I will be ready to give my supporters all around the world a great performance, in victory.”
For Charlo this is a long-awaited title shot.
“This is my time, I’ve never been more ready for a fight,” said Charlo. “I’ve dreamed about a fight like this for a long time and it’s here in front of me. I will be spectacular and I will finish Cornelius Bundrage.”