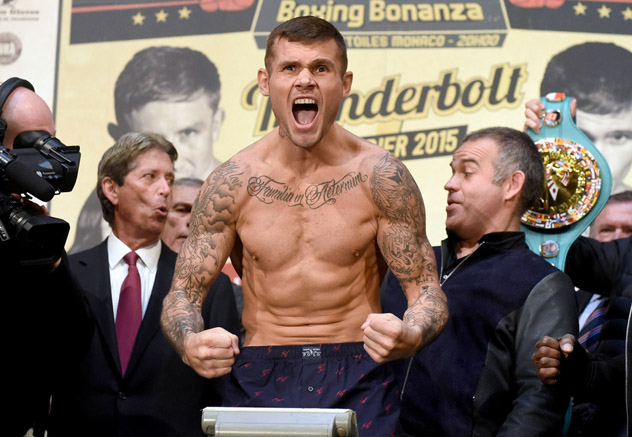 British super middleweight Martin Murray will headline the Matchroom-promoted show on Sept. 5 in Leeds, Yorkshire, against an opponent to be confirmed.

It will be the third outing at 168 pounds in as many months for 32-year-old St Helens star Murray (31-2-1, 14 knockouts) after he stepped up divisions following his loss to THE RING’s No. 1 middleweight Gennady Golovkin back in February.

Gavin McDonnell’s European junior featherweight title defense against Jeremy Parodi was originally going to top the bill at the First Direct Arena, which will be shown live on Sky Sports. But that contest is now being scheduled for October as McDonnell plans to accompany brother Jamie to the United States early next month for his WBA bantamweight ‘regular’ title rematch with Tomoki Kameda.

“With Gavin traveling to Texas, with his brother Jamie defending his WBA crown on September 6, I wanted to add a major addition to the September 5 card,” said Matchroom chief Eddie Hearn on Monday.

“Martin has already boxed twice on Sky Sports in the last seven weeks but this time he will step up the opposition in a title fight as he gears up for another shot at a world title – at super middleweight.”