Isidro Ranoni Prieto: ‘The only way to win is when you take risks’ 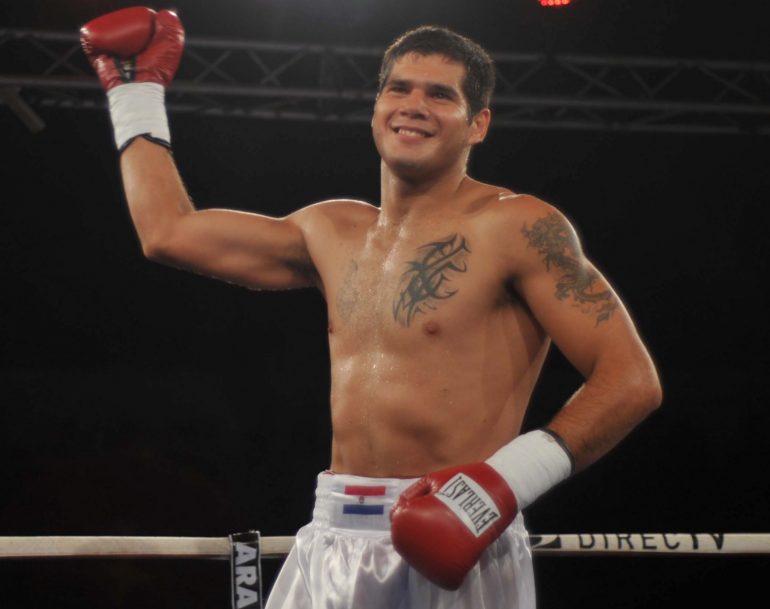 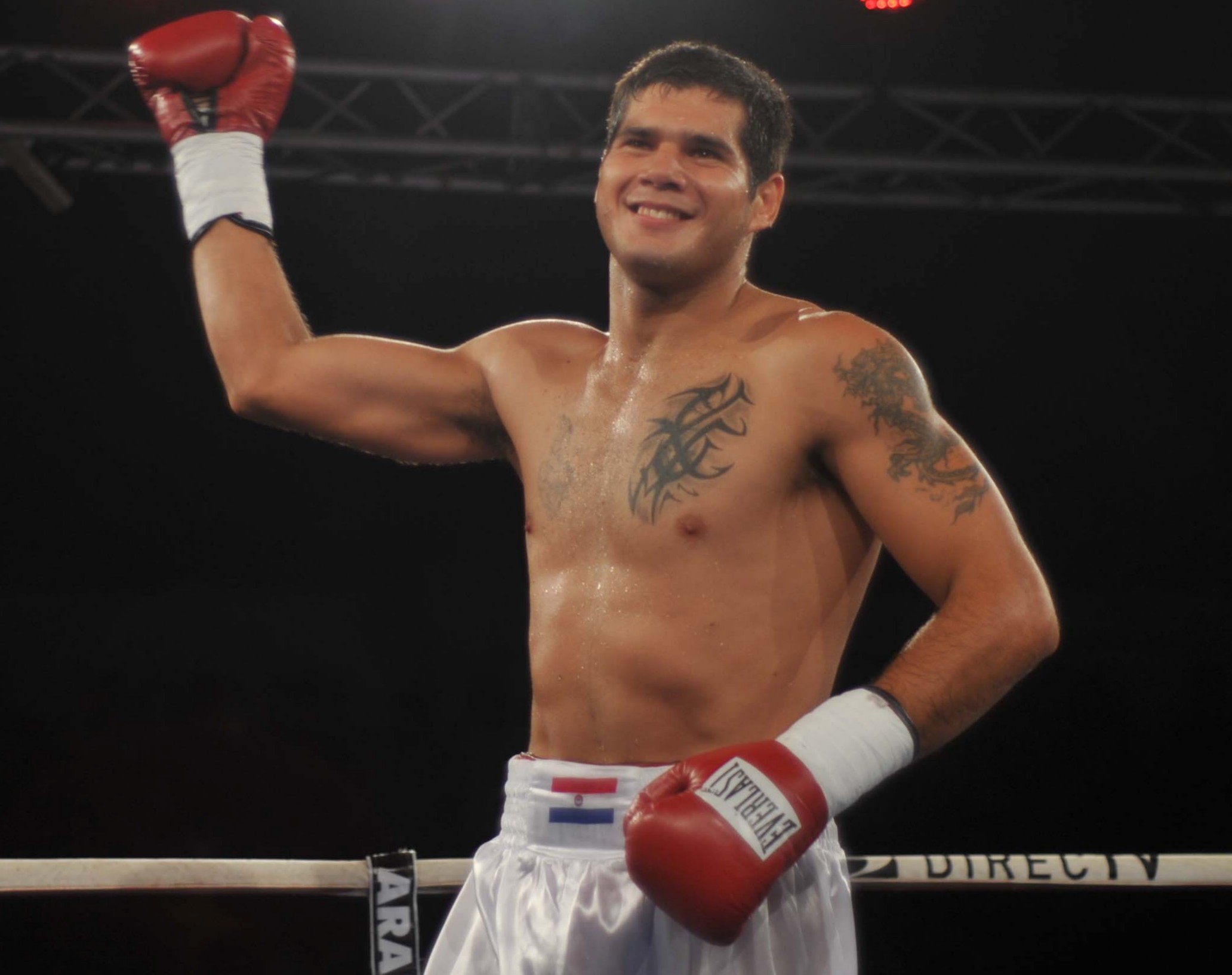 Among the usual, almost mandatory questions in every pre-fight interview for any fighter, the names of sparring partners employed during training always surface as an opportunity for the principals to acknowledge the contributions of their peers in their preparation for a big fight.

In the case of Isidro Ranoni Prieto, the first name that comes to mind is probably the one that impressed him the most when he was told whom he’d face – and the one moniker he instantly recognized in his own native language.

Mostly because he probably imagined he’d be fighting an actual alligator instead of a fellow fighter.

“It’s a guy they call ‘Yacar├®'”, said Ranoni Prieto (24-0-3, 20 knockouts), a 29-year old contender born in Paraguay and residing in Argentina, when referring to sparring partner and fellow contender Walter Sequeira, one of the many top Argentine fighters who have helped him get ready for his most demanding assignment to date.

As a native Guarani speaker, the first image that came to Ranoni Prieto’s mind when he heard Sequeira’s nickname might have been that of an actual yacar├®, the small yet fierce crocodile of the Amazonian swamps that surround his homeland. And he’ll need to get some of that aggressive fierceness in him in his first move into hostile territory so far away from his usual hunting grounds in search of what could be the first major title for a Paraguayan fighter in history. He will be facing Colombian-Canadian fringe titlist and THE RING No. 5 light heavyweight contender Eleider Alvarez (17-0, 10 KOs) this Saturday at the Bell Centre in Montreal, Quebec, Canada.

“When I think about it, I remember that, one day, all I wanted to do was fight for some money and now I am one step away from a title fight”, said Ranoni Prieto, in a telephone interview before traveling to Quebec. “I see myself winning and bringing the title back home but first we have to pass this test. I believe in me; I have faith in myself and everything can happen. “

Working with Sergio Martinez’s uncle and first trainer, Ruben Paniagua, Ranoni Prieto has been training with the support of the local mayor of the city of Quilmes and a stipend from a local labor union (a common occurrence in Argentina’s current boxing landscape), sparring with a few quality contenders such as amateur standout Yamil Peralta, Guido Pitto and the aforementioned Sequeira.

But as grateful as he is to his adopted country for the support he receives, Ranoni Prieto still craves the attention of his own people, an impoverished nation ravaged by a half-dozen suicidal wars against its neighbors through the past two centuries that have caused a sustained exodus of immigrants into those same former enemy countries.

“I have the support of a union. They support me so I can train and devote myself to this profession. I have a salary and they help me a lot but it would be great to get some support from the Paraguayan state. There’s little interest in my country in boxing.”

Surely, there must be a reason why such a feisty nation has not had a world champion in boxing yet – or even a notorious contender. Boxing is almost an entirely uncharted territory for Paraguayan athletes, who can only look back at the legendary and colorful Kid Pascualito as a source of inspiration. But Pascualito (born Valentin Galeano) only made it as far as being a local hero and a top contender in the sub-continental level, later serving as cannon fodder for the likes of Ruben Olivares and Alexis Arguello toward the end of his long career. The still-unbeaten Ranoni Prieto, on the other hand, is at his peak as a fighter in his challenge of Alvarez and he’ll be looking to make a splash in the crowded 175-pound scene this coming Saturday.

“This is an adventure for me; it’s something new. I never went out to fight abroad. I always fought in Paraguay or Argentina. I try to see it as another fight, not thinking about all the extra stuff, and I try to focus on me and my condition. I try to get my mindset in order and then, up the ring, we’ll see.”

Ranoni Prieto’s adventure started when he finished his service at the Paraguayan Army at the tender age of 18 and decided to try his luck in Buenos Aires as a construction worker, joining the hundreds of thousands of his countrymen who moved to Argentina in waves during decades. Once there, he reunited with an uncle who had been a boxer in his youth and who introduced him to the sport. He had his first amateur fight a few months later, and then turned pro two years afterward.

“I am trying to take things day by day, one fight at a time,” says Ranoni Prieto about his career. “If things happen, it’s for a reason. I am doing my part by working hard, doing things right. Nobody ever gave me stuff for free. This is all the product of my own sacrifice.”

Initially, Ranoni Prieto was written off continuously for his lackluster performances against woeful opposition in Paraguay, in a short-lived attempt at a homecoming of sorts. But upon resuming his career in Argentina in his seventh fight, his level of opposition grew considerably, as did the impression he began to leave in the ring in every outing.

He hopes that this new opportunity will provide him a chance to continue his growth in the hearts and minds of boxing observers worldwide.

“We were to get another fight and they ended up offering this fight all of a sudden and we thought it would be a great opportunity. I was training for a fight like this all my life. We talked about it and decided to take it. They say that you can only win when you take a risk and I am ready to risk it all on this one.”

The magnitude of the task at hand is not lost to Ranoni Prieto, who will be facing a top contender in front of a partisan crowd. But as the first man in his country to fight for what some portray as a “major title” (the hideous “silver” WBC trinket) and as a fighter who claims to study both Floyd Mayweather Jr. and Lucas Matthysse for an extra measure of knowledge and inspiration, setting the bar high is nothing new for him.

“I believe that [Alvarez] thinks I am going to go out and try for a KO and I will be doing that but not in the way that he thinks. I am bringing my own strategy and, if I listen to my corner, everything will turn out fine,” said Ranoni Prieto about his strategy for this bout. “We will be fighting our way into the fight. He is a very complete boxer; he uses his legs very well and manages his distances very well also. He is fast. He was an Olympic boxer. He works best on his counterpunching. It’s going to be a great fight. We’re both going to be very motivated. I am bringing my own style, so it will be an interesting fight.”

Planning for a follow-up fight after such a do-or-die challenge is not the wisest decision but as he gets ready to take the helm of the Paraguayan boxing flagship, Ranoni Prieto promises to answer all calls of battle in due time.

“Right now, I don’t have anyone I would rather fight but, in my category, there are plenty of fighters. I would like to fight [Jean] Pascal because I believe he’s the most accessible fighter for my style. [IBF/WBA/WBO titlist Sergey] Kovalev and [RING champion Adonis] Stevenson are a little bit out of my league right now but I think, one day, I could fight them.”