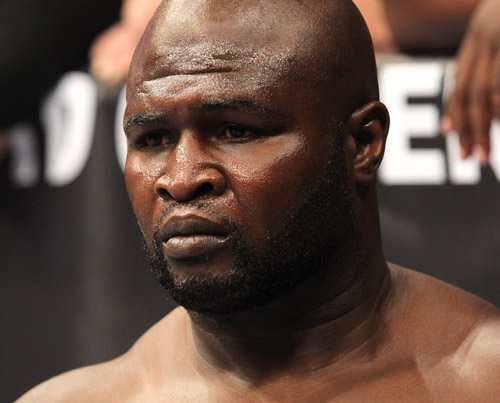 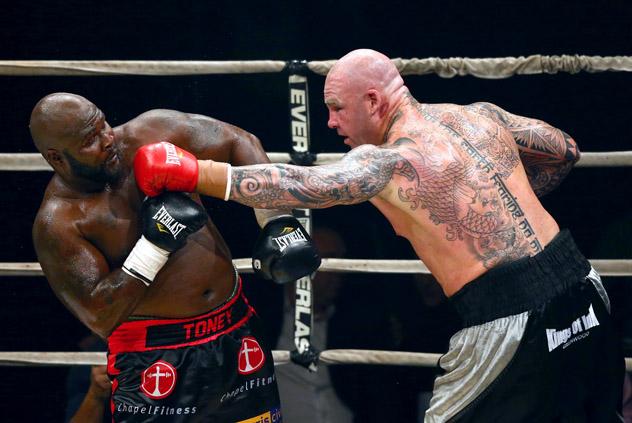 James Toney (L) attempts to summon his once-otherworldly ability to slip a punch, but the then-44-year-old would lose by unanimous decision to Lucas Browne in 2013. Photo by Scott Heavey/Getty Images.

It may finally be lights out for the boxing career of James “Lights Out” Toney.

Toney (76-10-3, 46 knockouts) had been inactive for nearly two years after losing a three-round decision to Jason Gavern in their Prizefighter heavyweight semi-final. Toney weighed 13 and a half pounds more at 231 for this match, while Ellis, 11 pounds heavier at 242, had lost consecutive bouts to Adam Kownacki and Ed Fountain heading into the fight.

The decline of Toney’s once otherworldly skill and ability has been steady, marked by a drop in punch activity and the increasing frequency of his opponents’ punches landing. He also increasingly struggled with his weight, which ranged from from 157 to 257 pounds during his career.

Toney’s career began in 1988, and three years later he won the IBF middleweight title with a come-from-behind knockout of Michael Nunn.

Toney added the super middleweight title soon after with a destruction of Iran Barkley but lost his first fight to Roy Jones Jr. in 1994. Two losses to Montell Griffin and another loss to Drake Thadzi erased Toney from the elite level of the sport as a light heavyweight.

Toney’s career had an unlikely rebirth in 2003 when he beat Vassiliy Jirov for the IBF cruiserweight title, followed by a ninth-round technical knockout of Evander Holyfield.

James Toney was the Boxing Writers Association of America Fighter of the Year in 1991 and 2003.