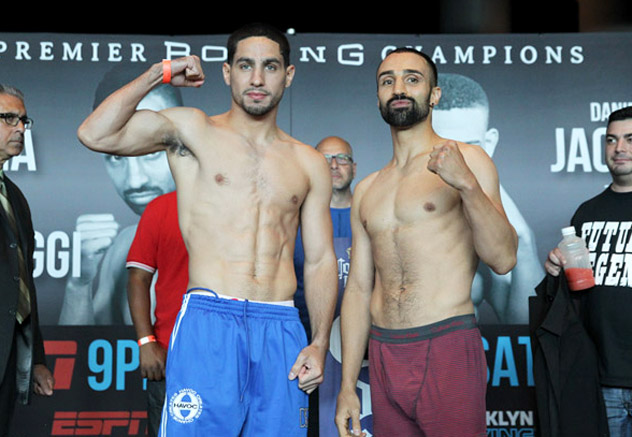 Danny Garcia stopped Paulie Malignaggi at 2:22 of the ninth round of a welterweight bout Saturday in Brooklyn, New York.

Garcia (31-0, 18 knockouts) didn’t land many punches but connected more than enough to break down Malignaggi, who simply didn’t have the strength or punching power to keep Garcia off of him even though this was Garcia’s first fight as a full-fledged welterweight.

Garcia was pounding Malignaggi, blood coming from a cut above his right, when referee Arthur Mercante stepped in to save him from further punishment.

Malignaggi (33-7, 7 KOs) did fairly well early in the fight, firing his jab and moving his feet to avoid punches even if he didn’t land many of his own. Garcia was patient, though. He waited for openings, took advantage of them and ultimately he took firm control of the fight.

Afterward, Malignaggi, 34, announced to his hometown fans that this “probably” was his last fight.