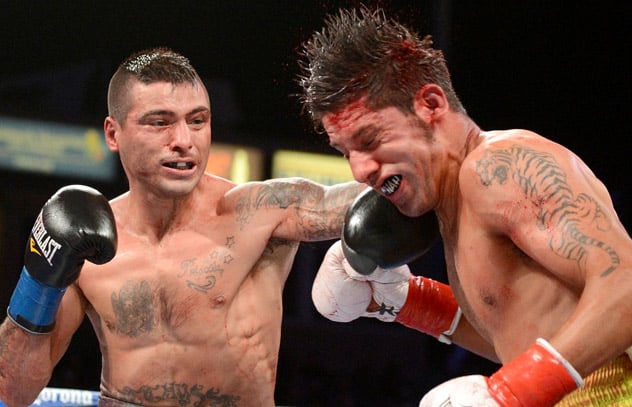 Argentine puncher Lucas Matthysse (37-3, 34 knockouts) will take on the unbeaten Viktor Postol (27-0, 11 KOs) for the vacant WBC junior welterweight title on Oct. 3 at the StubHub Center in Carson, California, it was officially announced on Thursday.

The belt in question was recently relinquished by Danny Garcia, who has made the move north to welterweight, and Matthysse and Postol were the No. 1- and No. 2-rated challengers, respectively, according to the WBC.

“Postol isn’t anything big; he boxes well but that’s it,” said Matthysse in a press release issued by Golden Boy Promotions. “I saw part of his fight against Selcuk Aydin but other than that there aren’t very many videos of him on the internet. I’m not taking him lightly, though, because he’s at the top of the rankings for a reason.

“He moves his left very well, fights at a distance, seems fast on his feet, and has excellent head movement. Against Aydin he got off to a slow start but then dominated and got the knockout. He’s good, but I’m confident that I’ll be the WBC world champion.” 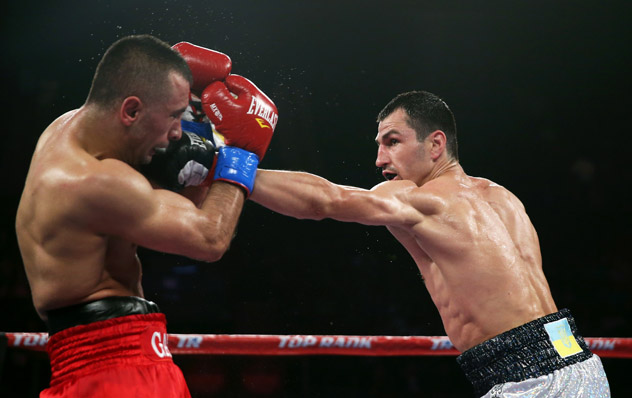 Viktor Postol (R) jabs Selcuk Aydin during their 140-pound clash at The Forum in Inglewood, Calif., on May 17, 2014. Photo by Jeff Gross/Getty Images.

Postol, who fights out of Kiev, Ukraine, has been a professional for eight years and although the 31-year-old hasn’t mixed in the same company as Matthysse, he is highly motivated to win the biggest fight of his career.

He said, “I’m glad that I am finally getting my chance to fight for the WBC world title after all those hurdles and delays. To get to this fight I had to go through years of hard work and dedication in the gym and in the ring. I am ready, mentally and physically, to win this fight and bring the world title back to the Ukraine.”

“Lucas knows that a victory here would not only earn him the WBC junior welterweight belt but would establish him as the clear top fighter in the division,” said Oscar De La Hoya, Chairman and CEO of Golden Boy Promotions. “With so much opportunity, I fully expect he’ll put on a dynamite show at StubHub Center.”

“Viktor is a tremendous boxer-puncher, and we give him a helluva shot to beat Lucas Matthysse,” said Boxing Hall of Fame Promoter Bob Arum of Top Rank, Inc.