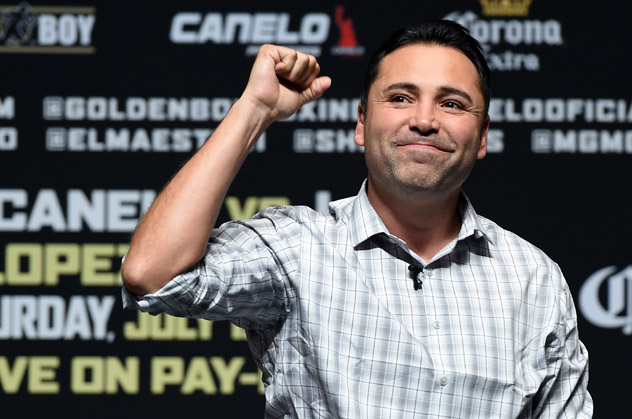 The first card on Estrella will be Friday, Sept. 4. Others will be announced soon.

“Estrella TV is one of the top-rated networks across the U.S. among Hispanic audiences so it was an easy decision to partner with them in bringing live, exciting boxing matches to their viewers across America,” said Golden Boy Promotions Chairman and CEO Oscar De La Hoya. “Latinos comprise the largest fan base for our sport so we see this partnership with Estrella TV as a great opportunity to showcase our stable of fighters before an audience that is hungry to watch action-packed match-ups.”

Said Lenard Liberman, CEO of Estrella TV: “Golden Boy Promotions is the top promoter in boxing with a huge, loyal Hispanic fan base that closely mirrors our current audience demographic-this a natural partnership that Estrella viewers around the country will be excited about. Estrella TV attracts hundreds of thousands of viewers in markets across the country, allowing us to quickly become one of the most-watched Spanish-language networks. These must-see boxing events will offer yet another reason for our current views-and future ones-to tune in.”

Estrella TV is the only network in Spanish or English to show two consecutive years of growth in primetime, according to a Golden Boy press release.