Sergey Kovalev stops Nadjib Mohammedi in the third round 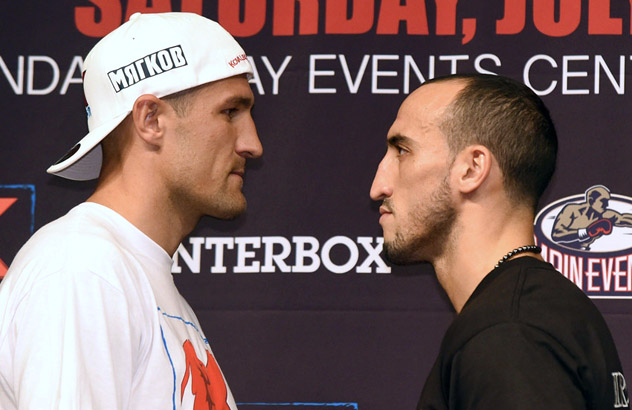 Sergey Kovalev knocked out an overmatched Nadjib Mohammedi at 2:38 of the third round to retain his IBF, WBA and WBO light heavyweight titles on Saturday in Las Vegas.

Kovalev (28-0-1, 25 knockouts) put Mohammedi (37-4, 23 KOs) down in the second round with two hard right hands. The Russian did the same in the third, this time using a right-left combination to hurt his French opponent.

Mohammedi was the IBF mandatory challenger.

On the undercard, Jean Pascal beat Yunieski Gonzalez by an unpopular unanimous decision.