BJ Flores has ‘never been more motivated for a fight’ 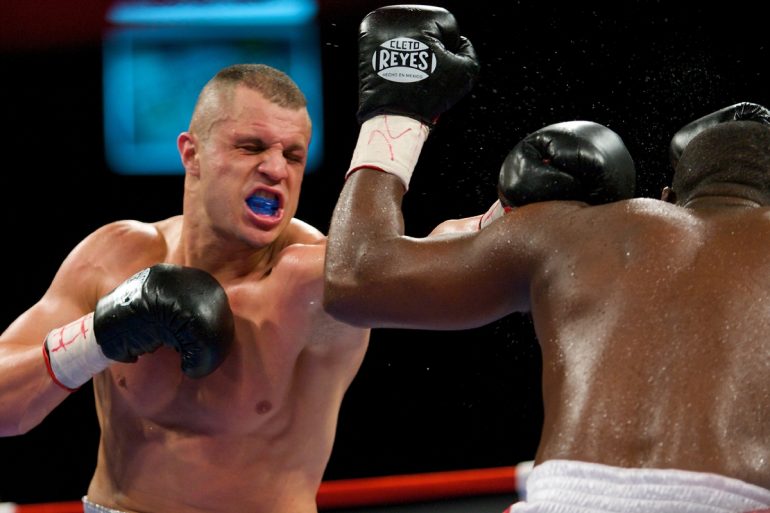 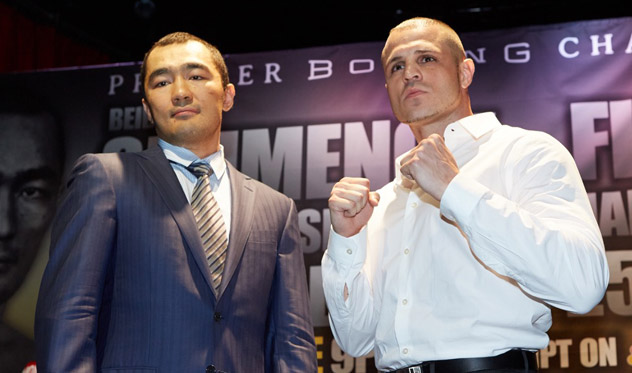 Press conferences before big fights are often useless, as the promoters, boxers and others associated with the card generally spew clich├®s and offer little if anything of substance.

But for B.J. Flores, Thursday’s presser to promote his fight against Beibut Shumenov on the PBC on NBC card Saturday in Las Vegas was different. It was his last chance to explain how much this fight means to him.

You see, a victory in this fight, for the “interim” WBC cruiserweight title, would bring him a significant step closer to what could be his first major championship even though he has been a pro for 12 years.

So please forgive him for his extended monologue during the final press conference.

Flores (31-1-1, 20 knockouts) reflected on his loss to Danny Green in 2010, for which he boiled down to a catchweight of 195 pounds and looked sluggish en route to the only blemish on his professional record.

Since then, he has won seven fights in a row to land what is the biggest fight of his career.

“At 200 pounds I’ve never lost and I’m not going to lose on Saturday night,” he said.

Flores is a commentator for PBC with excellent oratory skills but his passionate speech was far from an act. This is his moment and the long road he had to take in order to get here has made it more significant.

After he posed for the cameras, Flores spoke to RingTV.com about his career and what he meant when he mentioned the things he wishes he could have changed.

“There are so many times I wish I would have said something or wouldn’t have said something,” he said, referring to fighting under multiple promoters, including Don King, Main Events, Square Ring and Silverhawk. “I just wish I would have stayed put and forced the issue of getting bigger fights a little more. There are a lot of things I’m much wiser to now that I have advanced in my career.”

The irony of Saturday’s fight is that Flores is facing an opponent who won the WBA light heavyweight title only 10 fights and two-plus years into his pro career. “El Peligroso” wouldn’t be true to himself if he didn’t recognize the obvious.

“Let’s think, Shumenov was fighting guys like William Joppy, who was really a middleweight, and then he was rated by the WBA,” Flores said while doing his best to not sound bitter. “He was fighting big fights but not really against the type of guys that he should have in order to get a world title.”

To add insult to injury, Flores is among those who believe Shumenov (15-2, 10 KOs) received a gift decision when he defeated Gabriel Campillo to win the title in a rematch he didn’t deserve in the first place.

“Certain people have certain abilities to make situations happen,” said Flores, who noted Shumenov’s split-decision loss to Bernard Hopkins in which one judge somehow scored a one-sided fight in the Kazakhstani’s favor. “He’s doing something right, whatever it is. It’s just interesting to see he’s received that many opportunities in such a short amount of time.”

Although Flores wouldn’t outright admit that he resents Shumenov’s relatively easy road, it’s evident that it serves as extra motivation for the 36-year-old.

“He doesn’t realize what he’s getting into on Saturday,” Flores said, noting Shumenov’s 25-pound jump in weight from the light heavyweight division. This is his second fight at 200 pounds. “The chin, the power, everything is different and everything he has will come into question. It will be very interesting to see what happens to him when he gets hit on the chin by a real cruiserweight.”

It sounds like 12 years of frustration are about to be taken out on Shumenov on Saturday night.

Said Flores: “I’ve never been more motivated for a fight.”