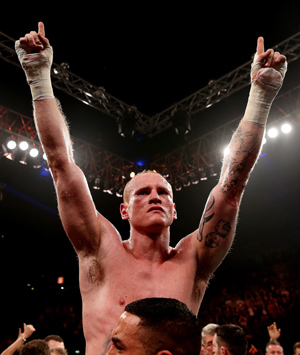 The original date for Badou Jack’s WBC super middleweight title defense against George Groves was August 22 but plans change and the bout is now likely to support Floyd Mayweather’s farewell fight on September 12 in Las Vegas.

As it turned out, Showtime had no plans to air a boxing card on the August date which left the Jack-Groves bout in need of a home. Groves, who is rated No. 3 by THE RING at 168 pounds, has lost two previous world title challenges to the recently retired Carl Froch and is very eager to make it third time lucky.

“Patience isn’t one of my strengths,” said the Englishman via his official Twitter account. “I just can’t wait to knock Badou Jack out and get my green belt.”

Jack, who fights out of Las Vegas, will be making the first defense of the title he won from Anthony Dirrell in April. The 31-year-old is rated No. 6 by THE RING and fights under the Mayweather Promotions banner.