Weight struggle behind him, Garcia’s ready for Malignaggi, fatherhood 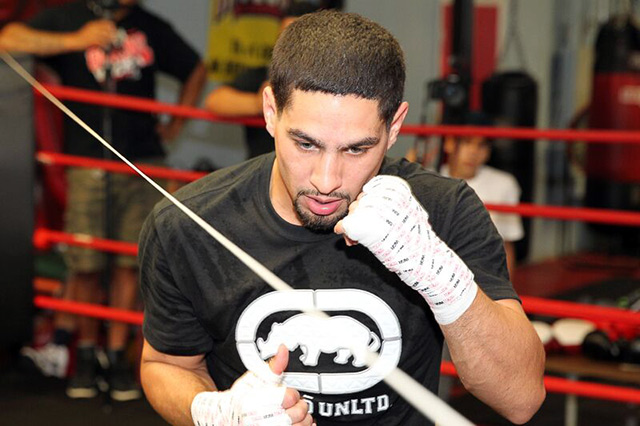 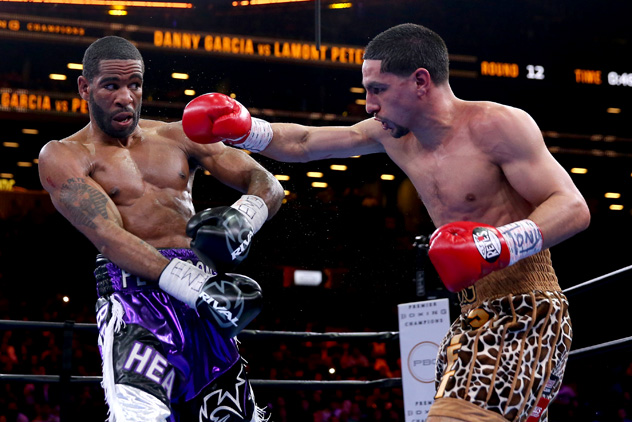 PHILADELPHIA – There is something on Danny Garcia’s mind, out there slightly in the distance. It’s probably why his August 1 “PBC on ESPN” main event against Paul Malignaggi at Barclays Center in Brooklyn, New York is a welcome distraction. Because 10 days later, after embarking on his welterweight journey, “Swift” is going to undergo a life-changing experience and become a father.

There will be a number of new chapters opening in the former world junior welterweight champion’s life next month.

“August is a big month for me, I’m focused, but I am looking forward to becoming a dad for the first time and I’m glad it’s coming after the fight,” Garcia said. “It does weigh on your mind. I’m going to have a daughter, and I have about five names picked out. Both nights are big for me. August 1st is big because it could impact how the baby’s life will be. August 11 is obviously huge because my daughter is scheduled to be born. I’m ready. I think I’m even more ready because of everything that’s been happening around me.”

Garcia (30-0, 17 knockouts) will be facing a tricky, savvy veteran in Malignaggi (33-6, 7 KOs) who can make anyone look bad. But aside from being a father, Garcia is stepping into the welterweight realm feeling as strong as he was in September 2013 against Lucas Matthysse, arguably his biggest victory next to his fourth-round knockout of Amir Khan in July 2012. Since beating Matthysse, Garcia admitted he’s struggled to make 140 pounds and it’s shown.

It had been a draining process dropping weight in his last three fights.

“To be honest with you, I felt like my 140 days were over after I beat Matthysse,” Garcia said. “After I made 140 for that fight, I felt like that was all I had left. I just kept making weight, but it affected me. I was training to lose weight, I wasn’t training to get better and work on strategy. Making the 140-pound weight division was forcing me to fight one way. And that was to come forward, because my body wasn’t feeling strong enough anymore to be more athletic, or do anything else I wanted to do in the ring.

Complicating the struggles in his last three fights, Garcia also was out eight months from the ring between the Salka and Peterson fights, the longest layoff of his career.

“That hurt me a lot, plus with making 140, but if you don’t have tough fights, you’re not going to learn anything,” Garcia said. “Now I know what to work on in the gym. I know my strengths and weaknesses and it’s been a blessing in disguise. I would say I was at around 65-, 70-percent of what I’m capable of in my last three fights. I refused to lose, so I go in with a lot of will power. I haven’t really felt 100-percent since the Matthysse fight. I felt like when I hit everybody they would go down. After that, I just felt I wasn’t strong anymore. I was pushing all of my punches. I didn’t have a lot of snap on them.”

Malignaggi is 1-2 in his last three fights, but those losses came against Adrien Broner and Shawn Porter, who stopped the “Magic Man” for the first time in four years, and third time overall in his career. Team Garcia is quite aware how Malignaggi is capable of twisting opponents in knots with his footwork and defensive skills.

“The only thing I really see different about Danny is that he’s going up in weight,” said Angel Garcia, Danny’s trainer and father. “Everyone thinks they can run from Danny. They think that’s his weak spot. They think boxing Danny is the way they can beat him. He’s still undefeated. Danny had two fights against Peterson and Herrera that some may have seen the other way.

“Danny’s been 140 pounds for nine years, including amateurs. His fight wasn’t in the ring the last few years, it was with his weight.”

“At the end of the night, Danny’s hand is being raised,” Angel said. “It will be a good turnout, with the hometown guy in Malignaggi, and with Danny who has a strong following in Brooklyn. It’s the perfect fight for Danny to come out at 147 pounds.”