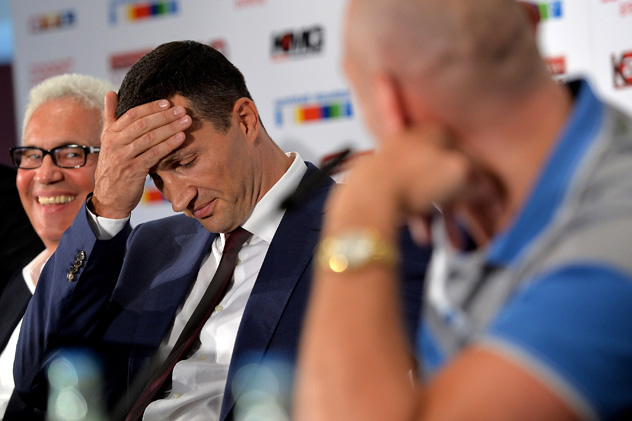 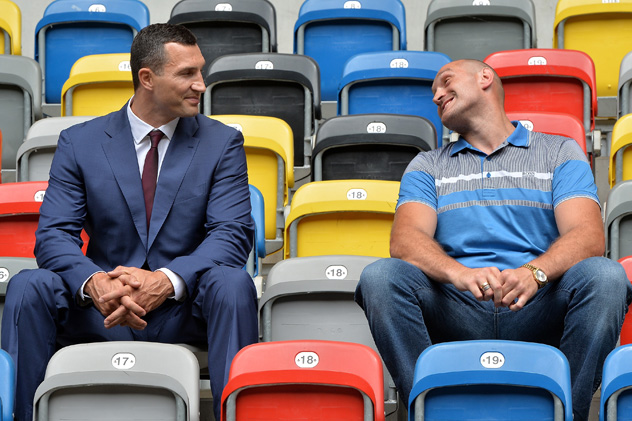 There is no guarantee that the Oct. 24 fight between RING heavyweight champion Wladimir Klitschko and Tyson Fury will live up to the hype but the press conferences were always going to deliver, thanks to the outspoken British challenger.

Today, the unbeaten Fury pulled out all the stops in Dusseldorf, Germany, much to the delight of the assembled media. The 26-year-old’s persona was in direct contrast to the Ukrainian champion, who remained professional and dignified throughout the verbal bashing.

Fury continued, “The first time I met you face-to-face was in your training camp in Austria in 2010. I left with pure confidence. You’re nothing. Remember that. You are nothing and you are getting knocked out.”

The challenger, who is rated No. 3 by THE RING, was noticeably taller than his future foe, an obstacle the 39-year-old Ukrainian rarely encounters. Klitschko, who also holds the WBO, WBA and IBF titles, looked on with an air of expectancy at Fury’s antics but seems to be taking this one very seriously, at least on the outside.

He said, “I believe Tyson Fury is really meaning what he’s talking about. He’s definitely not coming here on Oct. 24 to be present and on the canvas. No, he’s here to win the championship.

“At the end of the day, it is going to be the fight. That speaks louder than any other action and any words.”