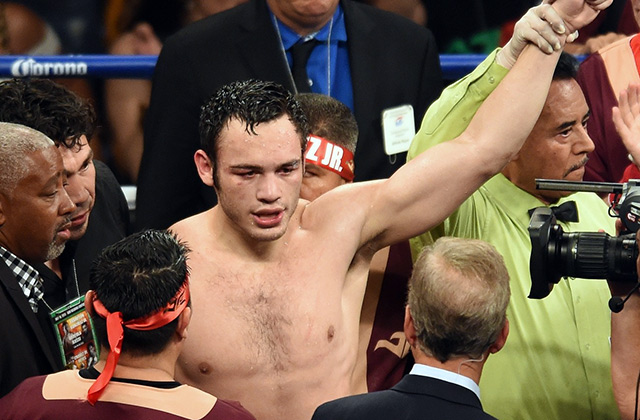 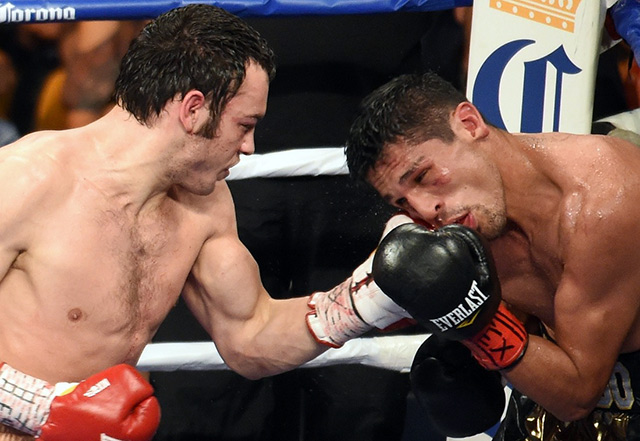 Robert Garcia has his work cut out for him.

Garcia took on Julio Cesar Chavez Jr. after the son of the Mexican legend quit against light heavyweight contender Andrzej Fonfara three months ago and though the noted young trainer helped guide Chavez to a rebound victory against Marcos Reyes on Saturday in El Paso, Texas, it’s clear that his latest project has barely improved since his last setback.

Chavez (49-2-1, 32 knockouts) failed to make weight on Friday. The Showtime-televised fight had a contracted weight limit of 168 pounds (give or take a pound), but both camps agreed to push it to 170 when it was evident that Chavez, a former middleweight titleholder, could not make the super middleweight limit. Chavez, who failed to make weight against Bryan Vera in 2013, was not able to make 170, weighing in at 170.8. Rather than try to shed the extra weight, Team Chavez paid Reyes a penalty fee to go through with the scheduled 10-rounder.

Chavez refused to let Showtime weigh him on fight night but it was obvious that he had rehydrated to somewhere in the area of 190-200 pounds. Reyes (33-3, 24 KOs), a natural middleweight, was grossly undersized but the 27-year-old native of Chihuahua, Mexico was not intimated by the “name” fighter. He outworked and outmaneuvered Chavez, throwing twice as many punches, as Vera did in his first fight with Chavez (which Junior won by controversial decision). However, unlike Vera, Reyes lacked the size and physical strength to dent Chavez’s chin or push him off whenever the bigger man crowded him on the ropes. 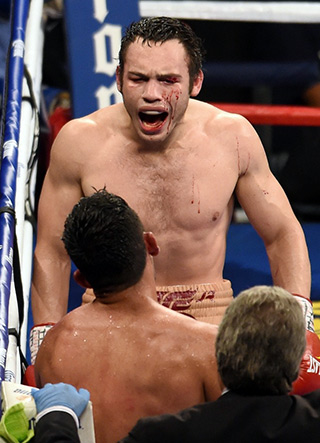 Chavez, who won by scores 98-91, 97-92, 96-93, deserved the decision this time, but it was still unpopular with the fans. Why? Because Chavez was in with a hand-picked opponent that he was supposed to dominate and he looked like crap while acting like an prima donna. Chavez was sloppy and inconsistent throughout the fight, often taking much of the rounds off, applying pressure and working his jab in only in spots. He constantly complained about borderline low blows and accidental head butts, and in Round 9, referee Guadalupe Garcia appeared to dock Reyes a point on Chavez’s command.

That type of performance is not going to endear Chavez to a boxing public that is fed up with his unprofessionalism and sense of entitlement.

But hey, Chavez was OK with it. And, of course, he had an excuse for not getting rid of his unranked and unheralded foe.

“I feel good, I feel strong,” Chavez said (sometimes with help from Garcia translating) during his post-fight interview on Showtime. “I hurt my left (hand). With all respect to Reyes, if I hadn’t hurt my hand I would have knocked him out.

“(Reyes) threw a lot (of punches) but he missed a lot. He never hurt me, but I hurt him. I won tonight. That was the most important thing.”

Chavez was booed by the fans inside the Don Haskins Convention Center as he said this.

Reyes, who thought he did enough to win, said the weight disparity was the difference in the fight.

“I made 168 pounds,” he said. “He didn’t make the weight. He was like a heavyweight to a middleweight.”

“I think he could have done better,” said Garcia. “It’s a process.”

Garcia, a two-time Trainer of the Year, has done well with fighters with personal issues (Brandon Rios, Kelly Pavlik) and sluggers with technical flaws (Marcos Maidana), but one has to wonder if Chavez is worth his time.