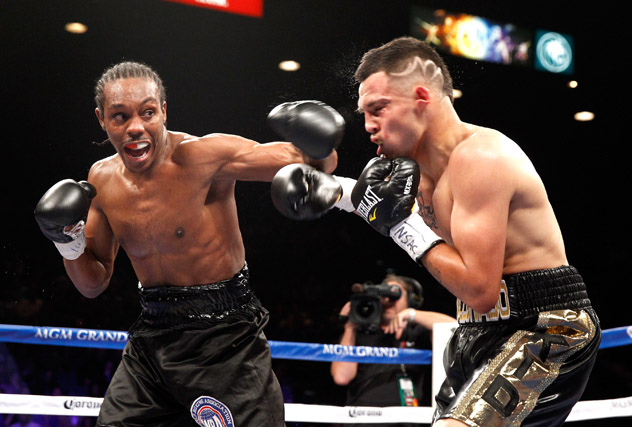 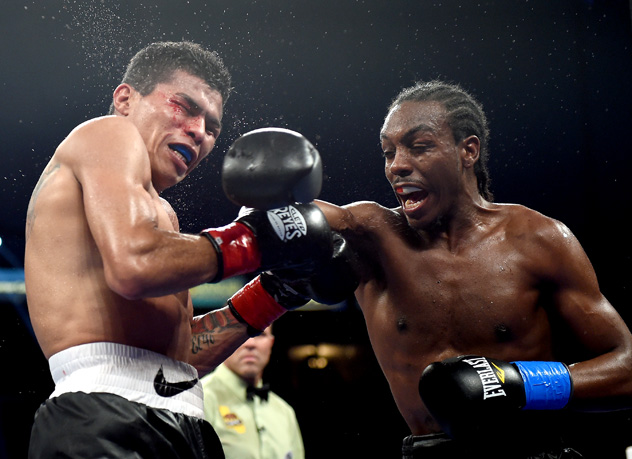 Amir Imam, THE RING’s No. 10-rated junior welterweight, knocked out former lightweight title challenger Fernando Angulo in Round 4 of their WBC title elimination bout on Saturday in El Paso, Texas.

The bout took place on the undercard of the Julio Cesar Chavez Jr.-Marcos Reyes fight at the Don Haskins Convention Center.

Imam (18-0, 15 knockouts), a 24-year-old boxer-puncher from Albany, New York, connected with a right hand to Angulo’s ear, causing the 34-year-old Ecuadorian to fall flat on his face and forcing referee Jon Schorle to wave the Showtime-televised fight off at :56 of the round.

Prior to the abrupt knockout, Imam used his greater height and reach to his advantage by keeping Angulo (29-10, 16 KOs) at the end of his jab for most of the fight. However, Angulo, who challenged Juan Diaz for the WBA lightweight title in November 2006, had moments in Round 3 when he got inside and crowded the younger fighter. The wide-swinging veteran had won five consecutive bouts, including an impressive ninth-round stoppage of former title challenger Pablo Cesar Cano last march, coming into the bout with Imam.

Imam said he’s ready for a title shot during his post-fight interview and vowed to win and defend the WBC strap with pride, unlike beltholders who don’t defend against their mandatory challengers or vacate the title to avoid challenges.

“These guys are fake these days,” he said. “These guys get the belt but don’t respect the belts. They throw it away. I’m gonna keep the belt and hold it with pride. I got the winner of (Lucas) Matthysse-(Viktor) Postol.”

Matthysse and Postol are set to fight for the vacant WBC title on October 3 in Carson, California.

Imam’s promoter, Don King, wasn’t thinking about the Matthysse-Postol winner, though. The Hall of Famer called out Floyd Mayweather Jr. on behalf of Imam, arguably the only promising fighter of his stable.