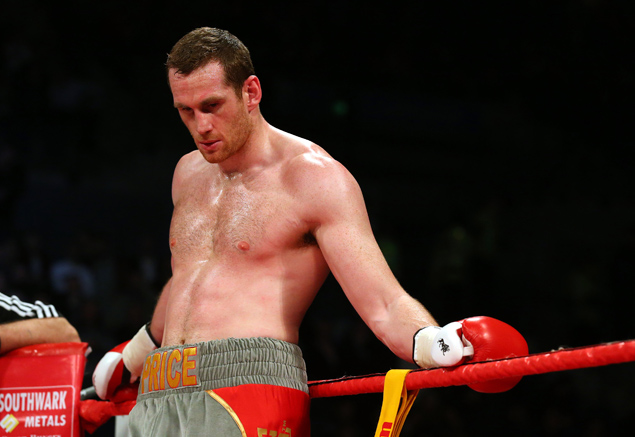 British heavyweight David Price was knocked out in the second round of a scheduled twelve by the unbeaten Erkan Teper in Germany on Friday and his dreams of becoming a world titleholder look bleaker than ever.

Price was tagged several times, and cut over the left eye, in Round 1 before being knocked cold by a huge left hook in the second. Teper improves to (15-0, 11 knockouts) and claims the vacant European title with the biggest win of his career.

It’s a long way back for the 32-year-old Price. The former Olympian suffered back-to-back stoppage losses to American Tony Thompson in 2013 and the warning signs were out in terms of his durability. Tonight reinforces that weakness and time is not on his side.

Teper now has an excellent chance of securing the big fights which were being lined up for Price. The 33-year-old German is a renowned puncher and will be a formidable opponent for the likes of Anthony Joshua who is also bashing his own way through the domestic heavyweight scene.