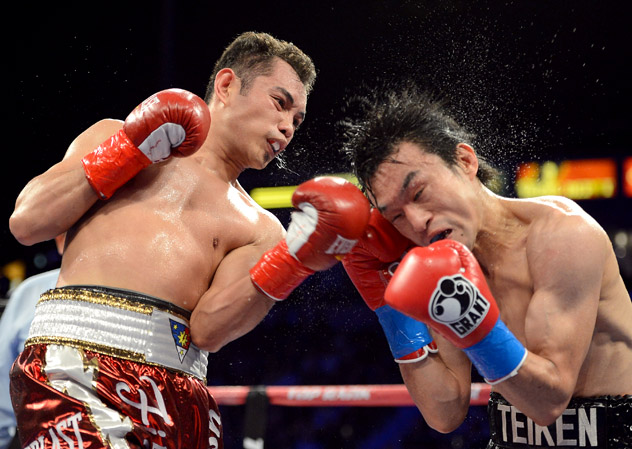 Nonito Donaire is one of the most successful active boxers in the world; he’s won titles in four weight classes – 112, 118, 122 and 126 pounds – along with an interim version at 115. For nearly a decade Donaire has lit up the boxing world with outstanding performances and knockouts against some of the best fighters in the lower weight divisions.

As an amateur he won the junior Olympics in 1999 (beating a young James Kirkland), won the 2000 National Championships and only narrowly lost to eventual Olympian Brian Viloria in the trials. Donaire made the move to the pros in 2001.

He lost his second fight but then went on a 16-fight winning streak, at which point he was matched with IBF flyweight beltholder Vic Darchinyan, a brazen, undefeated (28-0) knockout artist who had ripped through the 112-pound division.

As a 7-1 underdog Donaire scored THE RING Magazine’s 2007 Knockout of the Year as well as the Upset of the Year.

“First world title is always a special moment,” he said. “Especially when no one tells you that you can do it. Even in my country they didn’t interview me. They had people there but they didn’t bother to speak to me.” 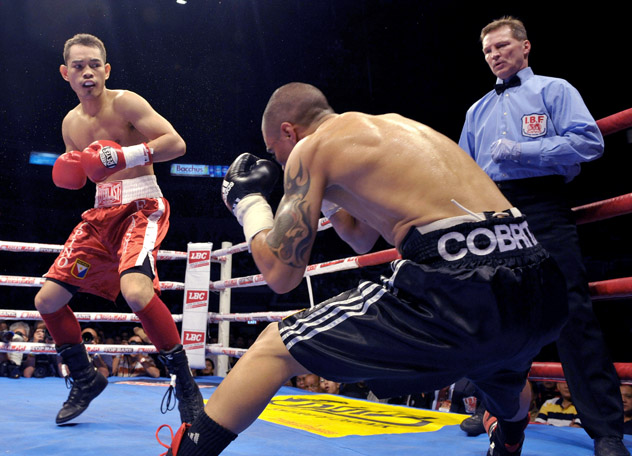 At bantamweight Donaire was just as devastating. After demolishing former champion Wladimir Sydorenko in four quick rounds, he met Mexico’s Fernando Montiel for the WBC and WBO titles.

Donaire was confident of victory, telling his team in the buildup he would knock Montiel out with a left hook in the second round. He made good on his word and again earned THE RING‘s Knockout of the Year.

He enjoyed an outstanding 2012, first winning the WBO 122-pound title in a grudge matchup against Wilfredo Vazquez Jr., and added the IBF laurels by outpointing teak-tough South African Jeffrey Mathebula. He followed that with what he calls his proudest moment of the year, stopping Toshiaki Nishioka.

“He was the champion that beat Jhonny Gonzalez and a lot of the guys – at that time he was No. 1,” Donaire said. “That would be my most complete and satisfying fight. That was the fight where I truly tested myself. I studied the fight like I’ve never done before, we planned it. That’s why I looked so good in that fight because we prepared like no other.”

Things turned in 2013 when Donaire ran into the super-skilled Guillermo Rigondeaux, dropping a decision to the talented Cuban. Donaire opened 2014 by winning the WBA featherweight belt against Simpiwe Vetyeka but the reign lasted just five months before he was stopped in the sixth round by Nicholas Walters.

In late March Donaire returned to the Philippines and dropped back down to 122 pounds, where he soundly beat up William Prado in two savage rounds; the victory upped his record to 34-3, 22 knockouts. The likeable Filipino faces former European champion Anthony Settoul this Saturday in Macau.

Whilst in the Philippines Donaire kindly agreed to take part in the popular “Best I Faced” series. 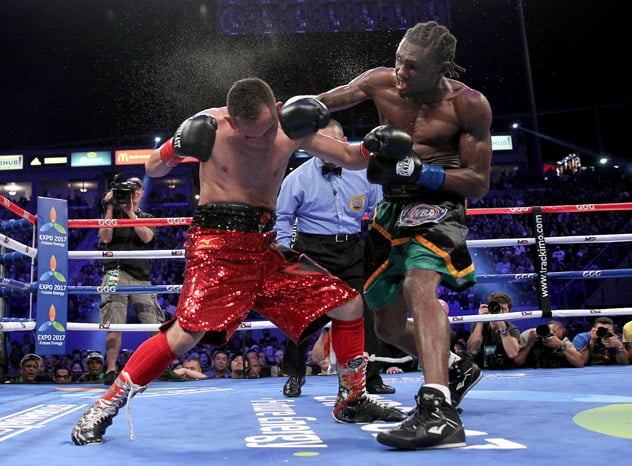 BEST SKILLS
Guillermo Rigondeaux: I think it would have been (Fernando) Montiel but it was only two short rounds. Also (Toshiaki) Nishioka was talented but I’d have to go with Rigondeaux in terms of boxing ability. I would say he was the most talented of all the guys I fought.

BEST JAB
Nicholas Walters: He had a good jab because he didn’t throw it like he did in previous fights. He would hold his jab and that’s why he was able to land the big shots.

BEST DEFENSE
Walters: I wouldn’t give the credit to someone who runs and not punch at all and that was (Omar) Narvaez. Rigondeaux was slick, he knew my timing, he was good defensively. I would say Walters, because he was right in front of me; Rigondeux was never in front of me. Walters shifted his offense into defense and was hard for me to hit. I didn’t expect him to change his style and that’s why he got me. I thought he’d be right in front of me but because of the second round where I nearly had him he actually changed things. I was on a mission at that time to take his head off.

BEST CHIN
Oscar Andrade: The guy that gave me my first cut. I dropped him like four or five times but he kept getting up. I think Walters wobbled – this guy dropped and got back up. Walters wobbled but was the bigger guy, he was really out. Andrade got up, and I did that about four or five times. Thirty seconds more and Walters would have been out. I believe that because he walked to my corner.

BEST PUNCHER
Walters: I’d have to go with Walters, he was the first guy to really drop me, although when I was able to block them I didn’t really feel the punch. He was the bigger guy but the guy who damaged me the most was (Vic) Darchinyan in the second fight. But Walters was the heavier puncher. 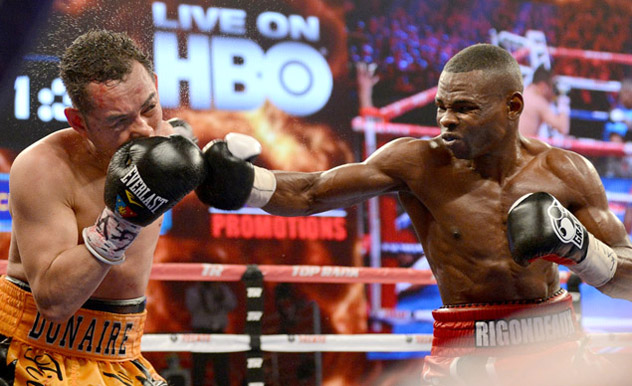 FASTEST HANDS
Rigondeaux: Would probably be Rigondeaux, he was really quick. There was nobody else that was faster than me.

SMARTEST
Rigondeaux: Like I say, he knew when I was coming. Walters changed his ways after the second round. I underestimated his mental strength, I didn’t think he’s able to counter; he got me with a counter, it wasn’t toe-to-toe. Walters was a smart guy. I expected it from Rigondeaux. What got me was because I kept pushing the wall with Walters. He really surprised me, I have never fallen into anyone’s trap. With Rigondeaux I was chasing him; with Walters I fell into his trap. That’s why I got knocked out. If I had fallen into Rigondeaux’s trap I probably would have got knocked out.

STRONGEST
Walters: There’s no doubt Walters was a physically strong guy. I couldn’t push that guy back. He was like a freight train. I smiled and was like ‘Lets do this.’ The thing about me, the harder it becomes the more I get amped. The better the competition, the more I enjoy it.

BEST OVERALL
Walters: The guy that knocked me down. Not only did he outsmart me, he had decent speed, he out-powered me. From physically to mentally, he beat me overall. With Rigondeaux, he beat me with speed and boxing ability. With Walters it was overall.