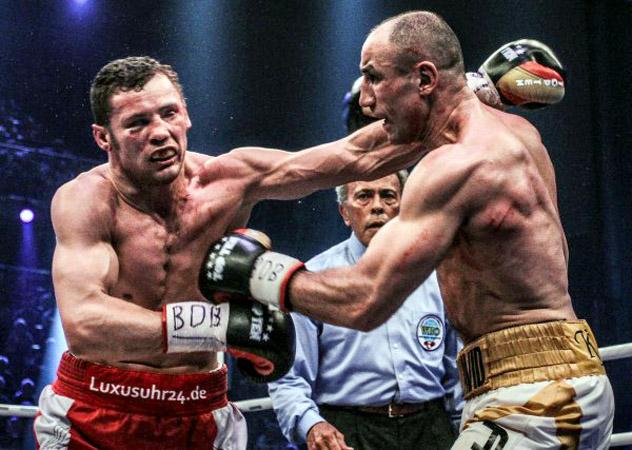 “King” Arthur Abraham weighed 167.9 pounds on Friday for his WBO super middleweight title defense against Robert Stieglitz, who weighed 167.5. The fourth meeting between the pair will take place at the Gerry Weber Stadium in Halle, Germany, tomorrow.

Abraham, rated No. 1 by THE RING at 168 pounds, defeated Stieglitz by unanimous decision in 2012 but lost by fourth-round TKO, the following year, when he sustained a horrible eye injury. The German-based Armenian bounced back to claim a split decision in the rubber match, but is looking for a more decisive victory in what he claims will be the final chapter.