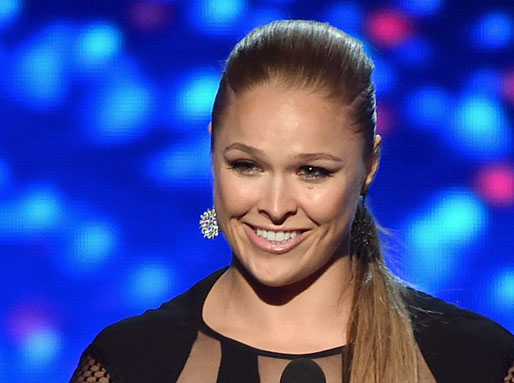 MMA star Ronda Rousey will never face Floyd Mayweather Jr. in the ring but she sure landed a sharp jab against the No. 1 boxer in the world on Wednesday.

Rousey was being interviewed on the red carpet after winning the ESPY for Best Fighter, beating out Mayweather and others even though he easily defeated Manny Pacquiao in the richest fight ever on May 2.

Her comment during the interview cut to the bone: “I wonder how Floyd feels being beat by a woman for once. I’d like to see you pretend to not know who I am now.”

She was referring to Mayweather’s convictions for violence against women, as well as a recent comment by Mayweather that he had never heard of Rousey when he was asked whether he could beat her.