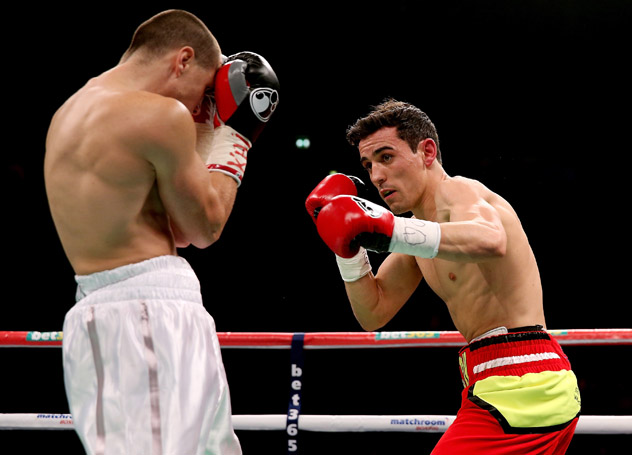 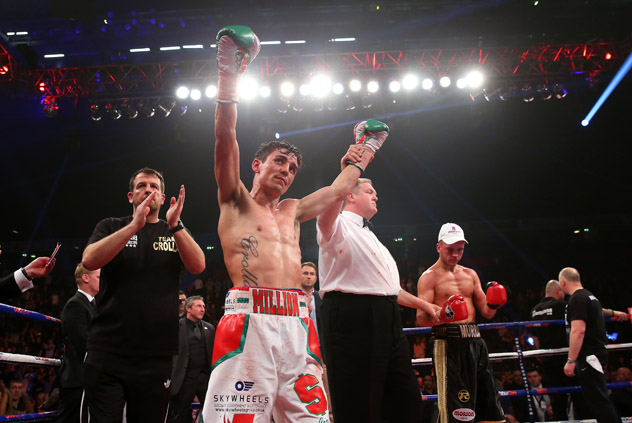 When British lightweight Anthony Crolla climbs through the ropes this Saturday it will feel like more than a world title fight. To the fighter, his team, and his family this will be the end of a journey which has tested the very limits of a man’s endurance.

It has been eight months since the one many call “the nicest guy in British boxing” was battered over the head by a concrete slab. He had noticed suspicious activity in a neighbor’s home and confronted two thieves who assaulted him before running off like cowards. Crolla sustained a fractured skull, a badly broken ankle and a broken heart. The stricken fighter’s dream world-title chance had been mere weeks away and there was now the possibility that he would never fight again.

“I knew I’d be back and I had 100 percent faith in Eddie Hearn (Crolla’s promoter) because he promised me the shot and he’s a man of his word. Did I expect the fight to happen so soon? No, I didn’t, especially when I was lying on that hospital bed in December.”

Crolla continued, “The recovery process was quick because I’m a young, fit lad who lives the life of a fighter. That helps tremendously and I could literally see my injuries healing day by day, week by week. I’ve shocked a lot of people, but I’m not shocked and people will see that I’m better than ever.”

Despite Crolla’s overwhelming confidence in his physical conditioning, the former British lightweight champion was forced to adapt when he entered training camp. A fighter at top level possesses the essential engine of an elite middle-distance runner and although Crolla is a keen advocate of roadwork, he knew intrinsically that adjustments were vital.

“There were subtle changes in training due to the nature of my ankle injury,” acknowledged Crolla. “I had to cut back on massive runs, but I replaced them with other things so my fitness levels are as good as ever. I’m known for my engine and everything is spot on in that regard.

“In the gym, I’m just doing everything I can do to get the best out of each and every session. Any fighter who is going to fight for a world title wants to give it that extra 10 or 20 percent in the gym and that’s been my focus since I started camp.”

The focus in the ring will be Darleys Perez (32-1, 20 KOs). This 31-year-old Colombian was awarded championship status when Abril was stripped (for failure to defend) and is coming to Manchester full of confidence and intent. Crolla and trainer Joe Gallagher have taken part in the required reconnaissance.

“Perez is a very good power-puncher,” said the challenger. “He’s sharp with the left hook and the left uppercut, and he’s also very good at pacing a fight. He has a lot of strengths that have been developed since he was an amateur. Perez was actually a Beijing Olympian (in 2008) so that gives you some idea of his pedigree.

Manchester thrives on the big-fight atmosphere. Over the years the city’s favorite son, Ricky Hatton, brought cheers and tears in equal measure. Joe Calzaghe dazzled fans with the potent destruction of Jeff Lacy in front of a feverish Manchester crowd. Even Mike Tyson tasted, not literally, that incredible atmosphere when he beat up on Julius Francis 15 years ago.

Crolla’s quest is likely to elicit as much emotion from the local fight crowd as any of those occasions. This is not just the boy next door entering the field of battle as an underdog. Anthony Crolla had to fight through hell just to be given the opportunity to fight, and every single person in the arena will know it.

How much additional pressure does that place on the challenger’s shoulders?

“Despite what’s at stake, I need to keep my emotions in check here,” said Crolla. “I won’t be playing to the crowd because if I do that I’ll walk onto shots all night. I’ll let the crowd work for me. I have a lot of support, plenty of it, but I’ll thrive off that and fight smart.

“I expect a few tough moments but I’m prepared to dig very, very deep. There’s times where I believe I’ll be able to outbox Darleys Perez, but there’s also going to be times when I need to stand there with him. I’ll do whatever it takes.”

So how does it all end? Nice guys don’t always finish first in boxing and Crolla is smart enough to know it. The talented 28-year-old has shown the type of championship guile which belies that charming and personable exterior in the past. Can he do it at world level and reward his fans with the ultimate prize?

Crolla said, “Winning a world title has been a dream of mine since I was a little boy but with everything that’s happened, it would just be the best possible ending to a crazy ride. I just want the win and I’m very confident that I’ll get it.”