Antoine Douglas looking to take another big step on ShoBox 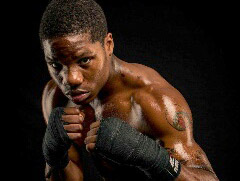 Somehow Antoine Douglas managed to skirt it all. Somehow the undefeated middleweight from Washington, D.C., who will appear this Friday night on Showtime’s ShoBox series, was able to bypass the rage that can so easily engulf anyone who has been through what he has.

There was no clay bird-bath ornament sitting in the middle of his front lawn. No welcoming, manicured, suburbanite shrubs dotting his house.

Douglas didn’t have a front lawn.

He had no house.

Every day was a struggle, starting with his first. He entered the world too early, graduated to monitors attached to tiny, shivering limbs, lying in an incubator as a premature drug-addicted baby, and then was left by the Department of Child Services with a bag of clothes on an aunt’s doorway.

That is his first childhood memory – being left with a bag.

His sanctuary became a ring. It remains that way today.

Douglas (17-0-1, 11 knockouts) will take on Istvan Szili (18-0-2, 8 KOs) in the scheduled 10-round middleweight main event on ShoBox from the Sands Casino Resort, in Bethlehem, Pennsylvania. 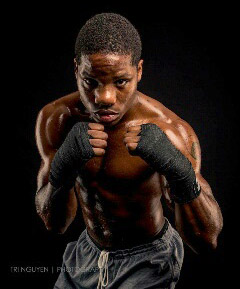 Unlike Douglas early in his life, who seemed to have no promise.

Annette Douglas, Antoine’s mother, did what she could. She had her children early in life, and had demons that plagued her throughout portions of Antoine’s formative years.

Consequently, Antoine spent more time in foster care than he did with his mom. He and his older siblings, Devon and Tyrieshia, bounced from home to home, one time settling in with a relative who cared more about the money she was making off them than she was in raising them.

Through that – abandonment, abuse, hunger, little or no discipline to instill a sense of right and wrong – Douglas, 22, never grew bitter.

“Mom, at that time, was running the streets and didn’t care, she was only thinking about herself and not her children,” Antoine said. “She was young. She did what she wanted to do and was having fun. Then, it never came across her mind what would come of her children. We lived with a woman we called Aunt Dorothy. We would see my mom on special occasions, like on birthdays.

“We knew the case. I was young and it took me time to understand. I know my mom tried the best that she could then, but there were things that she couldn’t get away from. I never got angry over it. I would get frustrated over a lack of knowledge. You’re a kid; you don’t know what’s wrong or right. And there was no one around to tell us. I was five, riding my bike all night, picking up cigarette stubs off the ground and smoking them. We would do stupid stuff like going to construction sites and destroying their equipment.”

That spun off into stealing from convenience stores to eat and grabbing people’s groceries when they weren’t looking.

“To us, we were so young, it was fun,” Douglas said. “We didn’t know any better. We were troublesome kids. But there was nothing really bad. I was disobedient in school. I had problems coping with other children. Most of the fighting I did was between me and my brother and sister. We’d fight among ourselves almost every day. I would tell teachers that they made me sick.”

At around 10, that behavior turned. Antoine, his brother and sister moved in with an older cousin, Petrick Washington. Antoine yearned for discipline, and through Washington and boxing, he found it.

One day, Washington piled the kids in the car and took them to a local gym. He didn’t even tell them where they were going.

“I think I have to credit Petrick for doing that,” Douglas said. “He took all three of us in. He is possibly one of the reasons why I got into boxing and maybe why I’m still alive.

“He basically told us to go to the car. We didn’t know where we were going. My brother and I were sitting in the backseat and he said, ‘Y’all want to learn how to box?’ I didn’t know anything about boxing. I thought he was bringing me to the gym to fight Mike Tyson and Muhammad Ali. I didn’t know they had boxing for kids, so naturally I was nervous. It took off from there.”

“You can put any street thug in the ring and they’re going to get their head knocked off,” said Douglas, who graduated Anacostia High with one of the highest GPAs in his senior class. “I come from Washington, D.C., and on the TV screens, you see the pretty side. I grew up on the ugly side. There are places you can walk freely, and other places where you have to walk looking around with your hands in your pocket.”

“Antoine never got angry over anything that happened to him,” Koroma said. “What always impressed me about Antoine is he wanted more. He saw things out there for him, and it’s why he excelled academically. It’s why he’s such a great fighter. He was a natural. He wanted to be different than what was around him.”

Today, Tyrieshia is also an undefeated fighter, at 9-0. Annette has battled her demons and has been clean for three years. There’s a likelihood anyone watching ShoBox Friday night will hear her shouting for Antoine at ringside.

“I came back to support her like she supported me,” Antoine said. “She’s told me a number of times how sorry she was for the mistakes she made when she was younger. We can’t change that. What we can change is moving forward. I have a mom again. She’s my biggest supporter and that’s never going to change. I learned at a young age no one can control me. I learned to turn what anger I may have had into passion.

“I learned to make my own destiny.”