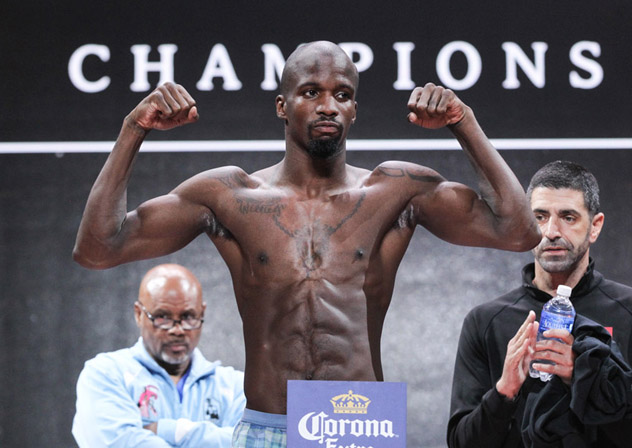 Willie Nelson stopped Tony Harrison at 2:57 of the ninth round of a scheduled 10-round junior middleweight bout on the Keith Thurman-Luis Collazo card Saturday in Tampa, Florida.

Nelson (24-2-1, 14 knockouts) appeared to be behind on the cards when a big right high on Harrison’s head hurt the then-unbeaten fighter and another right put him on his pants. Harrison was too wobbly to continue, prompting the referee to stop the fight.

Harrison (21-1, 18 KOs) seemed to outbox and outwork Nelson for most of the fight to build a lead on the cards but that amounted to nothing after Nelson landed his pair of hard rights.

Harrison was hoping the bout would be a springboard to truly big fights but now will have to rebuild. Nelson, coming off a unanimous-decision loss to Vanes Martirosyan in October, pumped new life into his career.