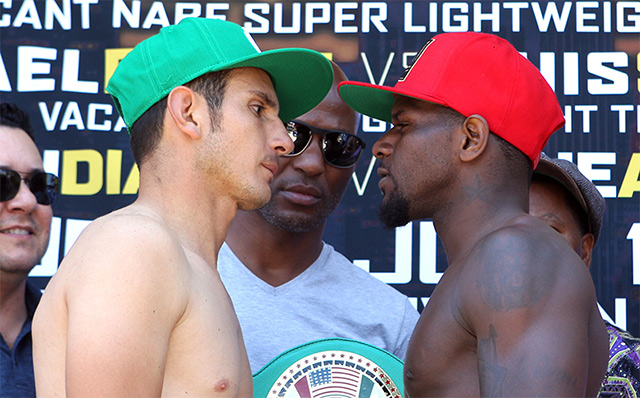 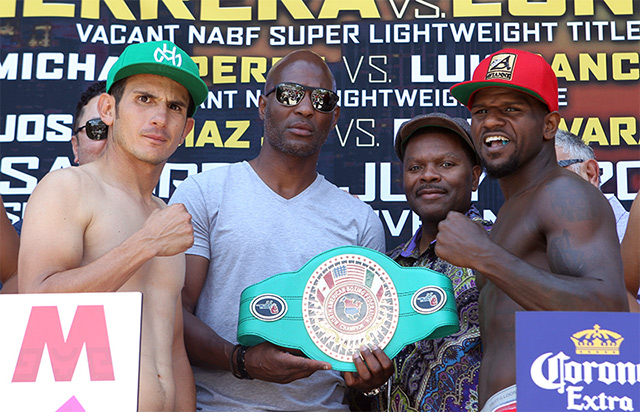 Junior welterweight contenders Mauricio Herrera and Hank Lundy made weight on July 10 for their 12-round bout for the vacant NABF title on Saturday at the LA Sports Arena in Los Angeles. 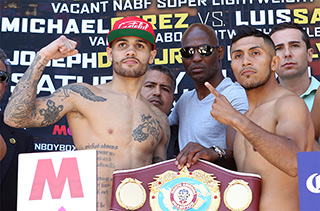 Sanchez, a late-sub for contender Sharif Bogere, weighed in at 133.4 pounds.

Alvarado, currently rated No. 10 by the WBC at featherweight, weighed 125.8 pounds. 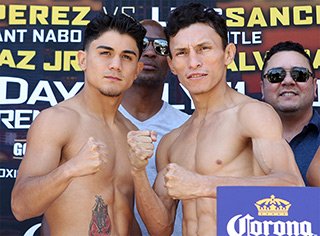 The “Corona Fan Fiesta” begins at 1:00 p.m. on Saturday at the East Side Square (facing Figueroa) of the LA Sports Arena, 3939 S. Figueroa St.

Below is the final bout sheet with undercard fighter weights included: 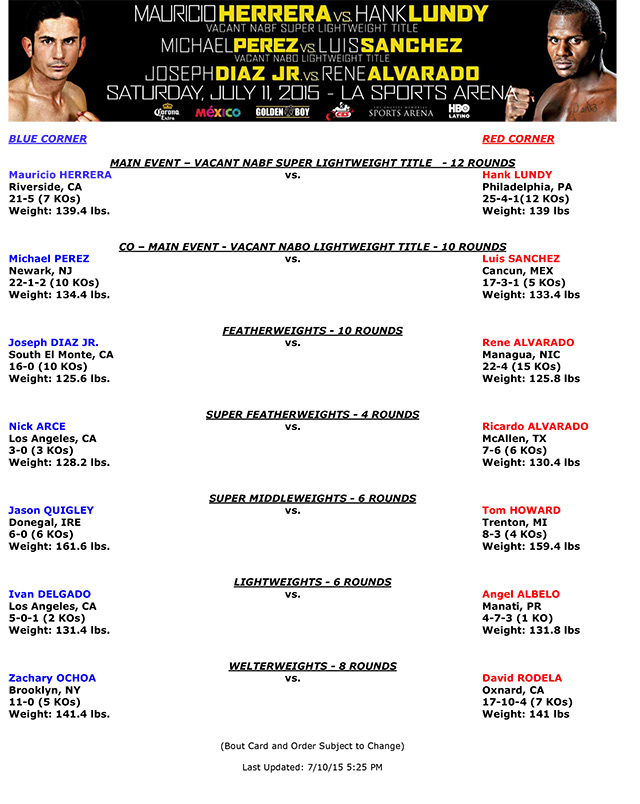