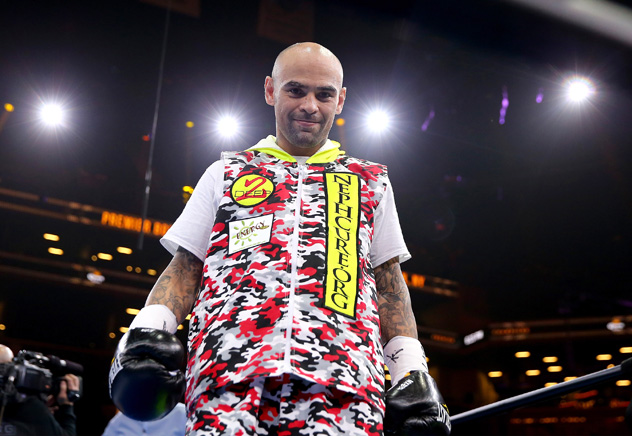 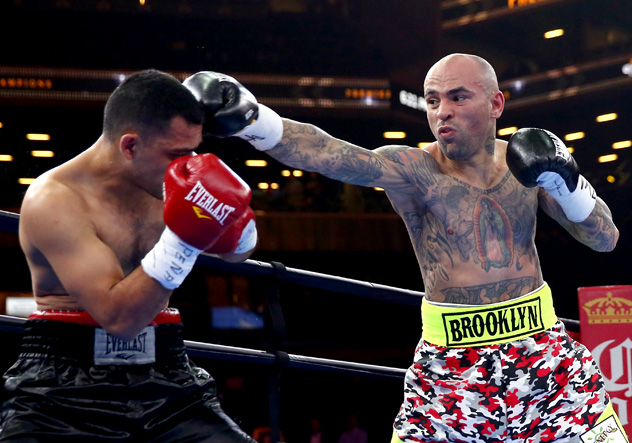 Luis Collazo is getting the Rodney Dangerfield treatment heading into his PBC clash with Keith Thurman. Ever since the matchup with “One Time” was announced, some perceived it as a squash match in Thurman’s backyard at the USF Sun Dome in Tampa, Florida. But if you have followed the career of the 34-year-old Collazo, you’re aware that, win or lose, he has a habit of making good fighters look relatively average.

With a record of 36-6 (19 knockouts), Collazo is the ultimate litmus test for any fighter with something to prove. Against him you either excel or get exposed because he has always proven to be a tough nut to crack. Ask Andre Berto and Ricky Hatton, who both endured 12 rounds of hell with the Brooklynite to snare controversial unanimous decisions that few watching were willing to accept. Or ask Victor Ortiz, who apparently figured to waltz past Collazo on his comeback trail last January only to get starched in two rounds by a right hook.

The moral of the story: Don’t sleep on Collazo — ever.

“This is nothing new,” Collazo said on a recent conference call about his underdog status heading into his fight with the man many see as the successor to Mayweather’s 147 throne once “Money” retires. “Keith Thurman is the champion so, hey, if I got to go to his backyard to fight for this world title, that’s what it is.”

He’s the proverbial jack-of-all-trades and master of none. When the bell rings, he comes to fight. There are no camera tricks with Collazo. He doesn’t have the awe-inspiring talent that some of his boxing peers have. He’s just rough, rugged and will be damned if he lies down and just lets you beat up on him.

But perhaps it is because Collazo is 34 and looked subpar against Amir Khan on the undercard of Mayweather-Maidana in May 2014 that has people thinking that Thurman will make him knockout victim no. 22 on July 11 on ESPN. After all, Collazo did look flat as Khan dropped him three times en route to a unanimous decision.

But it’s usually when you count Collazo out that he excels. It’s usually after he has an uninspired performance against a big name that Collazo has some kind of resurgence. The Victor Ortiz knockout came at a time when most boxing pundits had already dismissed Collazo due to a unanimous-decision loss to Freddy Hernandez four fights earlier.

“I believe Keith Thurman is doing heck of a job,” Collazo said of his opponent. “He’s undefeated and I don’t take anything away from him. In this sport anything can happen. I’m just coming in here prepared for this fight July 11 and you can count on me bringing my best to the ring.”

No, Collazo isn’t going to sing you a song about redemption or tell you not to count him out. He’s not going to tell you about any flaws that he saw in the Robert Guerrero fight that he figures he’ll take advantage of, either. He’s just going to do what he has to do and present the best Luis Collazo that he can and see if Thurman will stand tall or crumble.

“Every fight you have to come prepared for and yes, you’re going to see weaknesses while you’re watching the fight with all the fighters but once you get in that ring it’s totally different, so we just got to stick to the game plan and like that we can get the victory.”