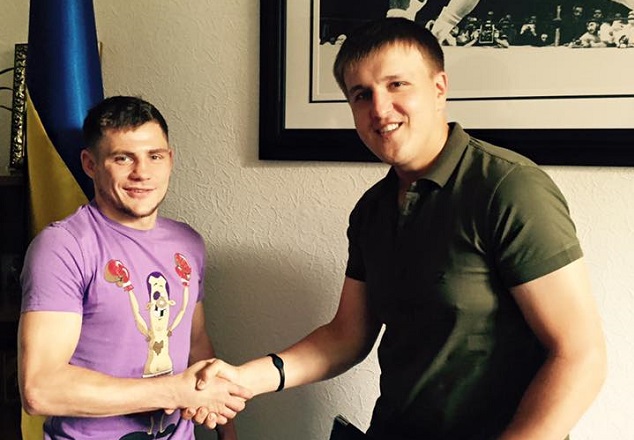 The 27-year-old enters the professional game after enjoying a hugely successful amateur career.

He was part of the much talked about Ukrainian Dream Team at the 2012 Olympics, that also included current pro standouts Oleksandr Usyk, Oleksandr Gvozdyk, Ievgen Khytrov, Taras Shelestyuk and Vasyl Lomachenko.

In the unpaid ranks, Berinchyk won silver in the 2011 World Championships and again at the Olympics the following year. K2 Promotions Ukraine General Director Alexander KrassyukÔÇÅ was pleased to announce their recent acquisition.

“We’ve signed Denis Berinchyk as we consider him to be a prominent amateur boxer who can prove his potential in professionals,” Krassyuk told RingTV.com earlier today. “He won the silver in the World Championships in Baku [Azerbaijan] 2011 and in the London 2012 Olympics.

“He was always among the best but never on top. Now he has a solid chance to distinguish himself, gaining the world crown among professionals. And K2 Promotions is the best partner to assist him.

“We expect Denis to fight his pro debut at the end of the summer on the undercard of his national boxing teammate and London 2012 Olympic heavyweight champion Oleksandr Usyk.”