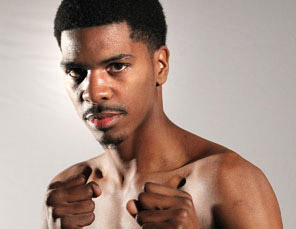 This Friday, Maurice Hooker will face a fellow unbeaten fighter he knows nothing about. Hooker’s 10-round fight with Eduardo Galindo at the Kay Bailey Hutchinson Convention Center in Dallas, Texas, will not be televised either, making it a high-risk bout which people outside of Dallas have no chance of seeing.

While that proposition might not sound attractive to many fighters, it’s the sort of situation Hooker has become accustomed to. The 25-year-old Hooker (17-0-2, 13 knockouts) was put in this position when his original opponent pulled out. Trainer Vincent Parra said there wasn’t a moment of hesitation in facing the 10-0-1 (7 KOs) Galindo as a late replacement.

“None whatsoever,” Parra tells RingTV.com. “[Hooker] has all the tools and he’s coming into his own. Most importantly, he’s a big puncher.”

Hooker, a 5-foot-11 junior welterweight, turned pro in 2011 against a boxer with a 7-1 record named Tyrone Chatman. Just as was the case with this fight, Hooker looked at it as a great opportunity.

“I wasn’t scared, I just felt like I could beat anybody,” said Hooker. “I just needed to make an example of somebody. They called me up with who they had and I said I could knock him out.”

Hooker settled for a split draw that night, but won 12 in a row before another draw against an unbeaten fighter. Since then, Hooker has won five straight – including four by knockout.

‘I’d probably be dead or in jail’

Hooker has ambition, and much of it stems from the lessons of discipline and self respect he learned from day one in the gym. At age 15, Hooker admits he was “getting in a lot of trouble” in his neighborhood, the Oak Cliff section of Dallas.

His father took him to the gym hoping that a good beating from a skilled boxer would set him straight. Instead, Hooker says he beat the other kid up and from that day found his calling in life.

“Boxing saved my life. Once I started boxing, I stopped fighting on the streets,” said Hooker.

Hooker won the Dallas Golden Gloves and made it to the Texas State Finals before turning professional. He fights to some day help his mother relocate out of their rough neighborhood, and for the future of his five children – three 5-year-olds and two 3-year-olds.

“I had been watching Floyd Mayweather Jr. and thought [boxing would] give me a better opportunity to provide a better future for my family and kids so they can have a good life. I like fighting, so I might as well get paid for it,” Hooker said.

Hooker’s career is in the hands of manager Arnie Verbeek, who owns the Maple Avenue Boxing Gym in Dallas. Verbeek met Parra through mutual friend Michael Marley, and now Hooker holds his camps with Parra in San Diego, California.

For now, Hooker’s team doesn’t mind keeping his career low key. They think they’ve got the top fighters right where they want them.

“We’ve been approached by just about all of the big guys,” said Parra. “[Hooker is] in a unique position because his manager has the resources to put him in the right places. A win on Friday would place him in the top 12 in the WBO rankings.

“He’s ready for the big networks this year. We believe he can challenge for a world title within a year.”