Is Broner just being Broner or has “The Problem” gone too far? 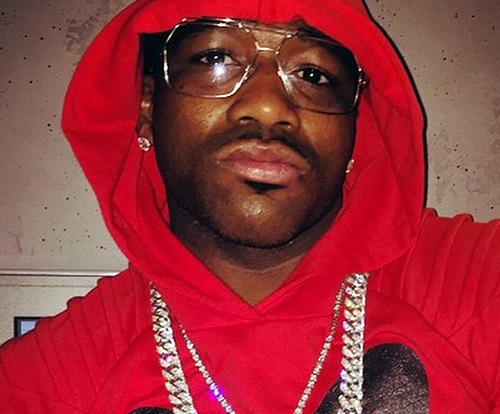 Adrien Broner, who is still licking his wounds after a 12-round unanimous decision loss to Shawn Porter on Saturday, courted controversy once again on social media, this time posting photos of himself playing with firearms on his Instagram account.

The 25-year-old boxer from Cincinnati, Ohio first posted an image of himself holding a handgun with the caption “FÔÇök all that boxing sÔÇöt dog I’m boxing sÔÇöt foreal” followed shortly by one of himself holding the revolver to his temple, revealing that he was at the National Museum of Organized Crime and Law Enforcement in Las Vegas with the caption “Y’all dumb if you think I’m bout to fÔÇök my career up LOL……. I will be back September fools.”

The posts were deleted shortly after, though links can still be found on Broner’s Twitter timeline.

The three-division champion Broner (30-2, 22 knockouts) has a history of deleting ill-advised social media posts. In 2013 Broner posted and deleted his mugshot for a battery charge after he allegedly bit a security guard during a late night scuffle.

The following year, Broner called out rapper Fabolous on Twitter for lyrics in his song “The Hope,” in which he mocked Broner’s loss to Marcos Maidana, saying “@myfabolouslife n___a had a bad night and you jumped ship smh my n___a I thought you watched my fight to see me winÔÇªÔÇª”

In case you thought Broner’s recent unlucky run inside the ring would humble him, Broner followed up with a post showing him partying with Floyd Mayweather Jr. in the backseat of a car with the caption “When you rich and enjoying life but they still hating……… I won’t ever change!!!!”