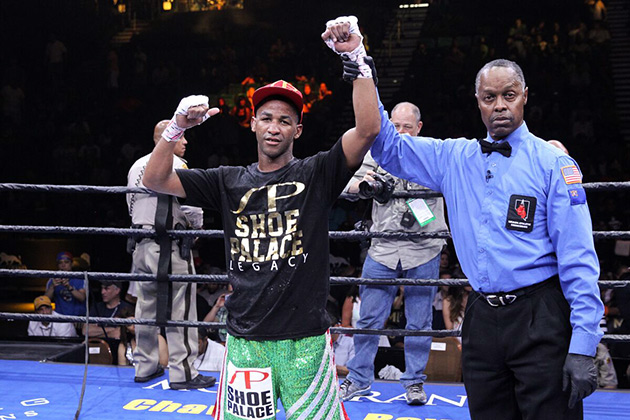 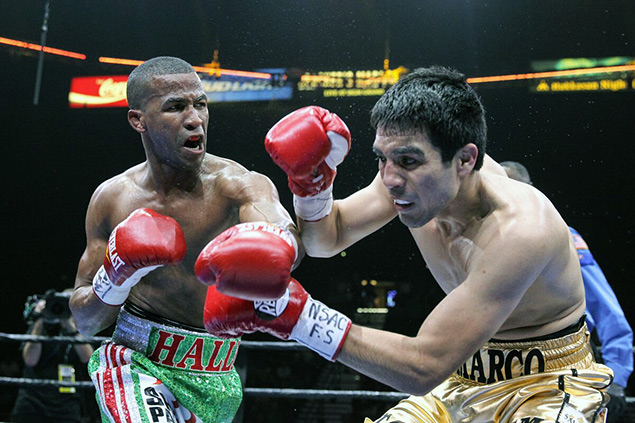 Rances Barthelemy dropped Antonio DeMarco on his way to a wide unanimous decision in the 10-round “Premier Boxing Champions on CBS” main event on Sunday at the MGM Grand Garden Arena in Las Vegas.

Barthelemy (23-0, 13 knockdowns) was strong in his 140-pound debut, landing with his left hand from every angle, including a straight left that knocked DeMarco (31-5-1, 23 KOs) down in the fourth round. Barthelemy controlled the fight, never allowing the southpaw to ramp up the pressure or land anything significant.

Despite being deducted a point in the ninth round, Barthelemy won by the score of 99-89 on all three judges’ scorecards.

Vasquez got off to a fast start winning the first three rounds by using an aggressive southpaw style to deliver numerous combinations to the head and body. Omotoso was eventually able to slow down Vasquez a bit with an increased offensive output and strong counters.

Despite blood pouring down over his face, Vasquez finished strong to pull away. Vasquez out-landed Omotoso 162-134 while landing 50 percent of his power punches, per CompuBox.