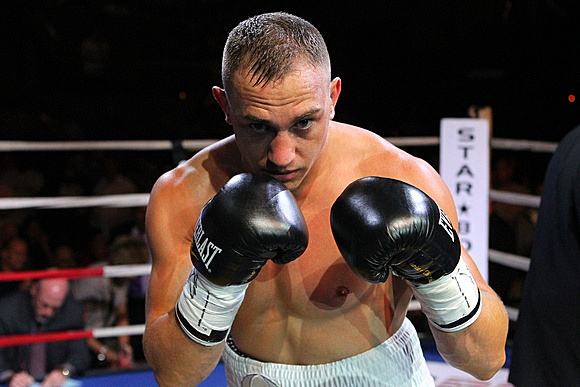 Strange admission: I pay a bit more attention than I normally might to the career progress of this man than I might otherwise if his name were not “Cletus.”

It’s a fun name, a different name, and therefore, when Long Islander Cletus Seldin fights, as he will Friday, in Huntington, NY, my ears perk up a bit.

The junior welterweight, who holds a 16-0 (13 knockouts) record, is promoted by Joe DeGuardia, who also helms Chris Algieri.

I chatted with Joe D about Cletus, his promise as a prospect and what might come next for the hitter.

Straight up, I asked Joe, how good is Seldin?

“He’s one of the hardest-punching guys I’ve seen in a long time,” he continued. “He’s exciting, he’s relentless.”

DeGuardia told me that, for sure, he appreciates the pugilists, the guys who make you appreciate the art and science of angles and ring generalship.

“You like to promote a fan-friendly guyÔÇªI can appreciate the beauty of a good boxer but there’s nothing the fans like more than a relentless hard puncher. You put those guys in the ring, people love to see it. It’s thrilling.”

Seldin has showcased his bombs-away style exclusively at the Paramount, where he has scored 12 of his victories, including eight straight. The path is similar to that of Star Boxing’s Algieri, notes DeGuardia, who used the Paramount as a launching pad for his success before graduating to Barclays Center and Macau, China.

Seldin assessed Ganoy, who lives in Albuquerque, NM: “He has a nice solid, tight, fighting stance. He’s a tough guy, a tough opponent, and with 32 KOs, he will probably come in for the knockout. If he does that, you know what happens: You get the hammer! Having a victory over him will boost me to the top 15.”

By the way, Seldin boasts the nickname, “The Hebrew Hammer,” as an added little note of color.

DeGuardia says that Seldin is moving up the ladder nicely. “We’re stepping him up every fight; he’s fighting a guy with a lot of experience. Is he at the same level as Algieri? They’re on similar course; they were both getting progressively tougher styles. With Cletus, it’s tough trying to find a guy that goes the distance so he gets more experience. Chris made his run right around now, a similar number of fights. Next up, we’ll likely get Cletus onto the networks more.”

Borough and neighborhood pride is on display at these Paramount shows and the atmosphere is usually peppy and vibrant.

You can read Woods’ peppy and vibrant tweets here