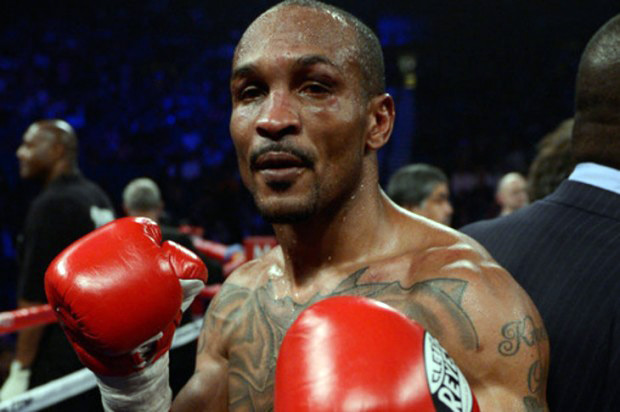 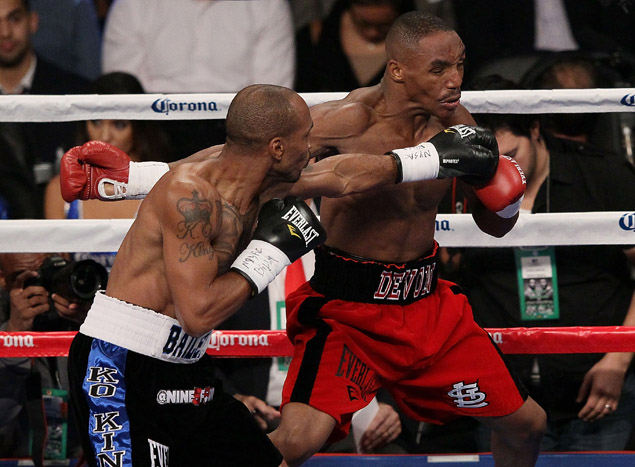 It’s been 18 months since Randall Bailey last fought. However, contrary to some reports, the former titleholder hasn’t retired. Bailey will return from his hiatus on Saturday against journeyman Gundrick King in a scheduled 10- round junior middleweight bout in Riverdale, Georgia.

The Florida native’s absence hasn’t been self-inflicted. Unable to lure anyone to face him at 147; he’s heading to 154-pounds. “I haven’t been sitting out because I wanted to,” Bailey explained to RingTV.com.

“We’ve tried to get fights but I’ve been frozen out. It’s been rough but I won’t let it bother me. I just go with the flow, what’s been given to me. I couldn’t get the top junior welterweights to fight me; I’m not afraid to move up to junior middleweight, where I hope to fight ‘Canelo'[Saul Alvarez] or [Erislandy] Lara.

“I try to explain that I’m not your average 40-year-old boxer. I’m not out every night drinking, getting high, or doing any extra-curricular activities. If these guys really felt I was old, they’d be fighting me.”

The self-proclaimed “Knock-Out King” stopped his first 18 opponents and met Carlos Gonzalez for the WBO junior welterweight strap in 1999. It took Bailey just 41 seconds of the first round to announce himself on the world stage, demolishing the usually durable Mexican with one devastating left hook.

Arguably one of the biggest punchers of recent memory, he became the only man to stop the late Hector Lopez and then the first man to stop Rocky Martinez in title defenses before losing a split decision to Ener Julio in the summer of 2000.

He came up short when he twice challenged for versions of the junior welterweight title in the mid to late 2000s versus Miguel Cotto (L TKO 6) and Juan Urango (L TKO 11). He scored highlight reel knockouts over Francisco Figueroa and Jackson Osei Bonsu either side of the Urango loss.

Four wins positioned him to fight for the vacant IBF welterweight title. He took on Mike Jones on the undercard of Manny Pacquiao-Tim Bradley in the summer of 2012.

For much of the fight Jones had his way and seemed to be cruising towards a landslide points victory. Bailey dropped Jones late in the 10th frame. In the penultimate round Bailey landed a devastating right uppercut ending the show in dramatic fashion.

“In the Mike Jones fight, they saw a guy losing after 11 rounds but, with a drop of a dime, I let my hands go and ended the show. (Bailey knocked out 26-0 Jones in the 11th round to capture the IBF welterweight title.) They all fade but I don’t.” Bailey lost his belt in his first defense against ultra-cautious Devon Alexander and has had just one fight since. He’s working with renowned fellow Florida resident Orlando Cuellar feted for his work with Glen Johnson and Antonio Tarver.

Cuellar is under no illusion that Bailey can once again rule.

“Randall is still going to have his power and because he’s not depleting himself making 147,” Cuellar noted, “his power will be even greater at 154. He’ll have gas in his tank late in fights, instead of it being empty from working to make weight like he did at 147. He can run with the big dogs at 154 and still have the most knockout power.

“Randall was the most feared 147-pounder in boxing. Hopefully, it won’t be that way at 154, so he can be more active. As a fighter matures in age, sometimes, it’s best to move up in weight instead of using up so much energy to make weight. At 154, Randall will be better because he’ll be more active in the ring. We’re working on stuff other than his big right hand, which we’ll be masking with other punches. We’ve been together six months and he’s looked fantastic. Things are coming along nicely. I have him applying pressure, breaking down his opponent, using three distances – short, medium and long – and then using his signature (right) punch. I don’t want him to rely on knocking out a guy. We have Randall using his speed, movement, power and touching the (his opponent’s) body. He’s bought into my theory and the second coming of Randall Bailey is going to be very exciting.”

With his 41st birthday just months away Bailey is under no illusions as to what the future holds.