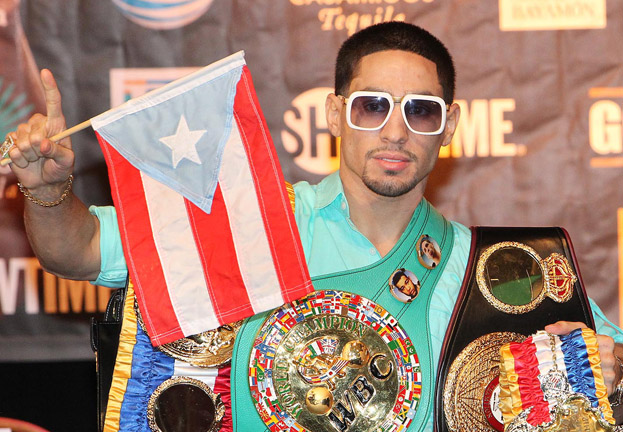 Garcia (30-0, 17 KOs), who is coming off a majority decision over IBF junior welterweight titleholder Lamont Peterson in an over-the-weight non-title bout in April, has won the WBC, WBA and RING magazine 140-pound titles but has not defended those belts since a controversial majority decision over Mauricio Herrera last March. The 27-year-old Philadelphian has vacated his WBC belt and will likely do the same with his other junior welterweight titles.

Malignaggi (33-6, 7 KOs), a 34-year-old veteran from Brooklyn, has not fought since being knocked out by Shawn Porter in an IBF welterweight title bout last April.

“It’s going to be a great fight against Paulie on August 1,” Garcia stated in the PBC press release. “I’m looking forward to getting in the ring again, in my fifth appearance at Barclays Center, and putting on a great show for the East Coast fans in attendance and the fans watching all over the world. By the end of the night, I will still be the undefeated Danny ‘Swift’ Garcia. To all of the fans that love me, I love you too. This is for you.”

“Although I have a ton of respect for Danny and his father Angel, both for what they’ve accomplished in the ring as well as the bond they share as father/son, I, like them, am a competitor through and through and in this sport it’s all about testing yourself against the elite. So I look forward to defending my home turf of Brooklyn and matching my skills against Danny’s at Barclays Center on August 1.”