David Price sees nothing to fear in Deontay Wilder 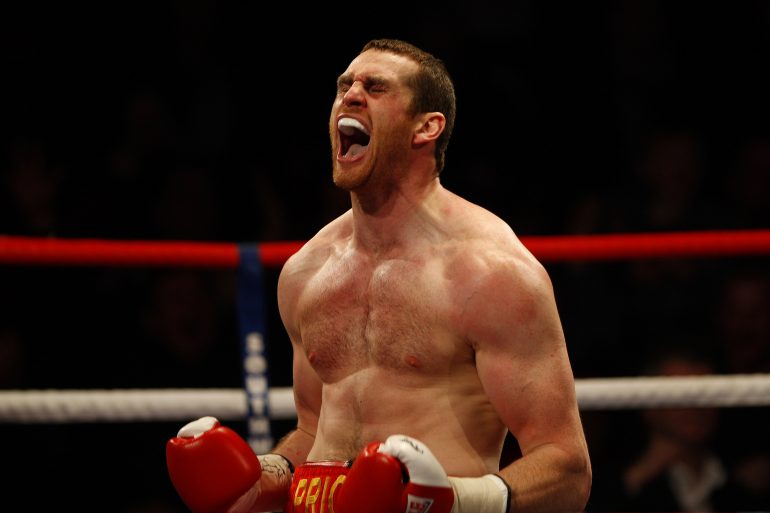 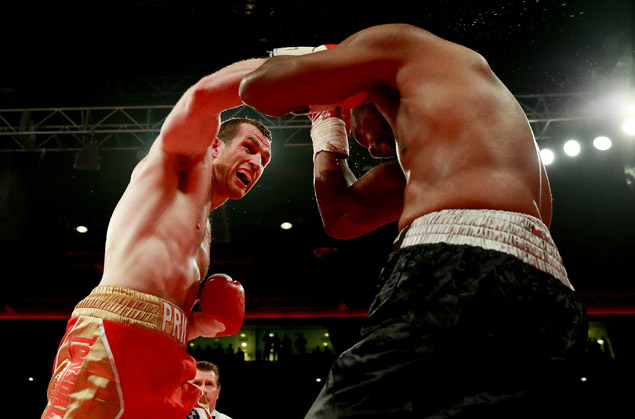 Price (l) has been rebuilding since he suffered two losses to Tony Thompson in 2013.
Photo: Getty Images

English heavyweight David Price watched Deontay Wilder successfully defend his WBC title for the first time on Saturday and then insisted he saw nothing to suggest he cannot take down the undefeated American sensation.

In his home state of Alabama, Wilder stretched his perfect record to 34-0, including 33 knockouts, by dropping Eric Molina three times before finally putting his 33-year-old countryman out of his misery early in the ninth.

Yet, despite another powerful display from Wilder, Price, covering the fight back in England for Sky Sports, was unimpressed. The one-time contender, who is gradually working his way up the division’s ladder again following crushing back-to-back defeats to Tony Thompson in 2013, is convinced he can be the first to beat Wilder.

“I said before the fight that I’d love to challenge Deontay Wilder – and I say the same after the fight,” said Price (19-2, 16 KOs). “That performance doesn’t make a difference – it’s what I know I’m capable of. I believe that in a fight between me and Wilder, I can come out on top.

“It’s something I’ve got to work towards, which I’m in the process of doing. But there was nothing from Wilder that made me think I’d avoid fighting him.”

Price, 31, returns to the ring next month in Germany where he faces unbeaten Erkan Teper (14-0, 9 KOs) for the vacant European belt. Victory in that July 17 clash is essential if the Liverpool man is to put himself in the picture for a future crack at Wilder, who like Price is a former Olympic bronze medalist.

However, though bullish regards his chances against Wilder, Price does concede the 29-year-old’s apparently mediocre performance against Texan Molina (20-3, 17 KOs) may have been something of a one-off.

“He looked like he’s gone backwards but we’re all allowed a bad day at the office,” Price said on Sky Sports. “Maybe it was difficult to get up for Molina because he was much better against Bermane Stiverne.

“He looked like he was afraid of making a mistake – and that resulted in him making numerous mistakes throughout the fight.”