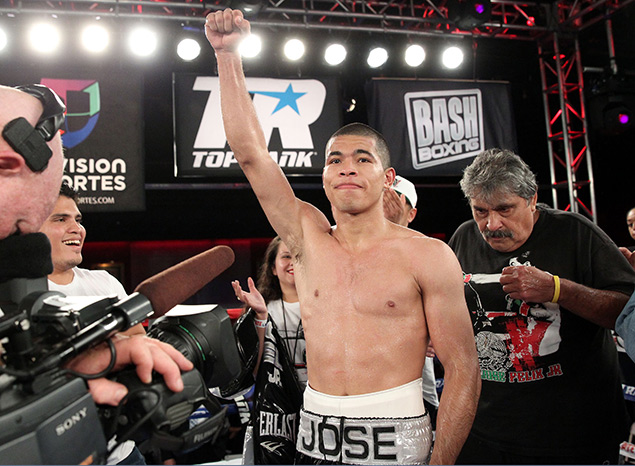 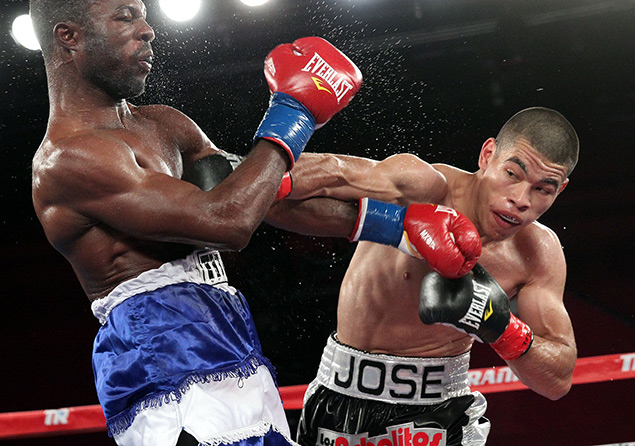 HOLLYWOOD, California – Lightweight fringe contender Jose Felix envisioned he would come out victorious on Saturday night, but didn’t expect to wind up on the canvas in the process.

Felix survived a ninth-round knockdown to earn a workmanlike 10-round unanimous decision over always-game gatekeeper Yakubu Amidu at the Florentine Gardens.

Felix was the more effective fighter in the first half of the fight, beating Amidu to the punch during most of the exchanges. Amidu came on aggressively in the middle rounds, pressing the fight and forcing Felix to fight more on his back foot.

The fight took an interesting turn in the ninth round. Midway through the round, Felix dropped Amidu with a right hand that landed underneath the chin. Amidu was not visibly hurt, but swung momentum his way towards the end of the round when he dropped Felix with a right uppercut to the head. Felix looked dazed and seemed fortunate the bell sounded to end the round.

“I wasn’t hurt,” said Felix after the fight. “He had a lot of speed and this fight played out to where it went 10 rounds. He was very intelligent.”

Amidu pressed the action in the final round. Figuring he was up on the scorecards, Felix boxed from the outside, keeping Amidu at the end of his punches.

“It was an interesting bout where I had to work all 10 rounds,” he said. “I didn’t feel as strong with my punches as I wanted to be. Hopefully we’ll get a big fight next.”

In the co-featured bout of the Top Rank/Bash Boxing card, Carlos Carlson stopped Heriberto Delgado in the third round of a six-round featherweight bout.

Delgado came to fight and was game, but was in over his head against Carlson, who landed the more-telling blows throughout the fight. Carlson, who mainly campaigns as a bantamweight and is promoted by Thompson Boxing, dropped Delgado with a straight right hand to the head with about a minute left in the second round.

Carlson picked up the aggression in the third round and with about a minute into the round, dropped Delgado with a right hand to the top of the head. Carlson went in for the kill after Delgado got up, pressing the fight and trapping him against the ropes. A barrage of punches, culminating with a left hook to the body dropped Delgado to the canvas. Referee Zachary Young stepped in and waved the fight over at 1:49.

– Junior middleweight Zsolt Daranyi (4-0, 4 KOs) dropped Antonio Neal twice in the first round in route to a technical knockout. Referee Zachary Young stopped the bout at 2:12 of the first round.

– Cruiserweight Israel Duffus (8-3, 7 KOs) recovered from a second-round knockdown to knock out Carlos Reyes in the sixth and final round. Reyes (7-8-1, 5 KOs) was dropped in the first round and was not able to get up from a right to the head by Duffus in the sixth round. Referee Sharon Sands waved the fight over at 1:19.

– In the opening bout of the card, featherweight Leonardo Chavez (3-1, 3 KOs) stopped Daniel Constantino at 39 seconds of the first round. Constantino was making his pro debut.